Herbie Powers is a guy whose name is said with great respect among musicians and record collectors all over the world. 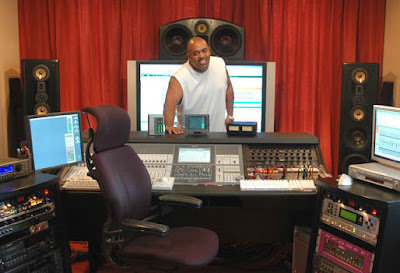 Herb Powers Jr
Legendary mastering and lacquer-cutting engineer who worked for years at Frankford/Wayne Mastering Labs’ NYC facility and was responsible for cutting a respectable share of classic Prelude and West End titles, as well as tons of disco, house, funk, and hip-hop classics over the years.
Herb still does lacquer-cutting and vinyl mastering, but most of his business is now in the digital domain. He owns and operates his own mastering facility called PM Entertainment, a.k.a POWERS MASTERING STUDIO.
He almost always includes shout-outs and dedications inscribed in the run-out groove “dead-wax” of his earlier vinyl work, followed by one of his numerous signatures and his trademark smiley face.