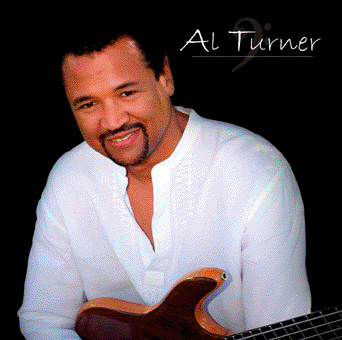 Produced by Al Turner, Sunny Days is the latest addition to Al’s diverse catalog. A strikingly balanced record, the album finds Al skillfully blending Jazz, Funk and R&B, making an eclectic melodic statement. The album opens up with the track “Zo”, a collaborative groove that sets the stage for the rest of the record. The album features all-star collaborations with the likes of Bob James, Nelson Rangell, Marlon McClain, Dave McMurray, Maurissa Rose and Herschel Boone.

Turner is certainly no stranger to the industry and many artists. A bassist since age 12, Turner has played with some of the brightest luminaries in the business. Al plays regularly with Kem as well as Jazz greats, Earl Klugh, and Bob James and has performed with some of the top names in the music industry. You can hear his cleverly and meticulous bass lines on recordings by Kem, Aretha Franklin, Oleta Adams, Anita Baker, Nancy Wilson, Randy Crawford, and Gladys Knight to name a few. In addition, Al has written and produced songs for recording artists Earl Klugh, Bob James, Tim Bowman, Edgar Wallace, Jr., Guy Ensley & Ron Otis. Always in demand, Al has toured with Cheryl Lynn, Oleta Adams, David Benoit and Everette Harp. Al’s artistry exceeds category and has been featured on many television and radio commercials.

Driven by artistic mastery, Al Turner “The Burner” is an A-List side man and has performed hundreds of live shows nationally and internationally and continues to amaze and thrill audiences who will undoubtedly find themselves grooving to “Sunny Days”.