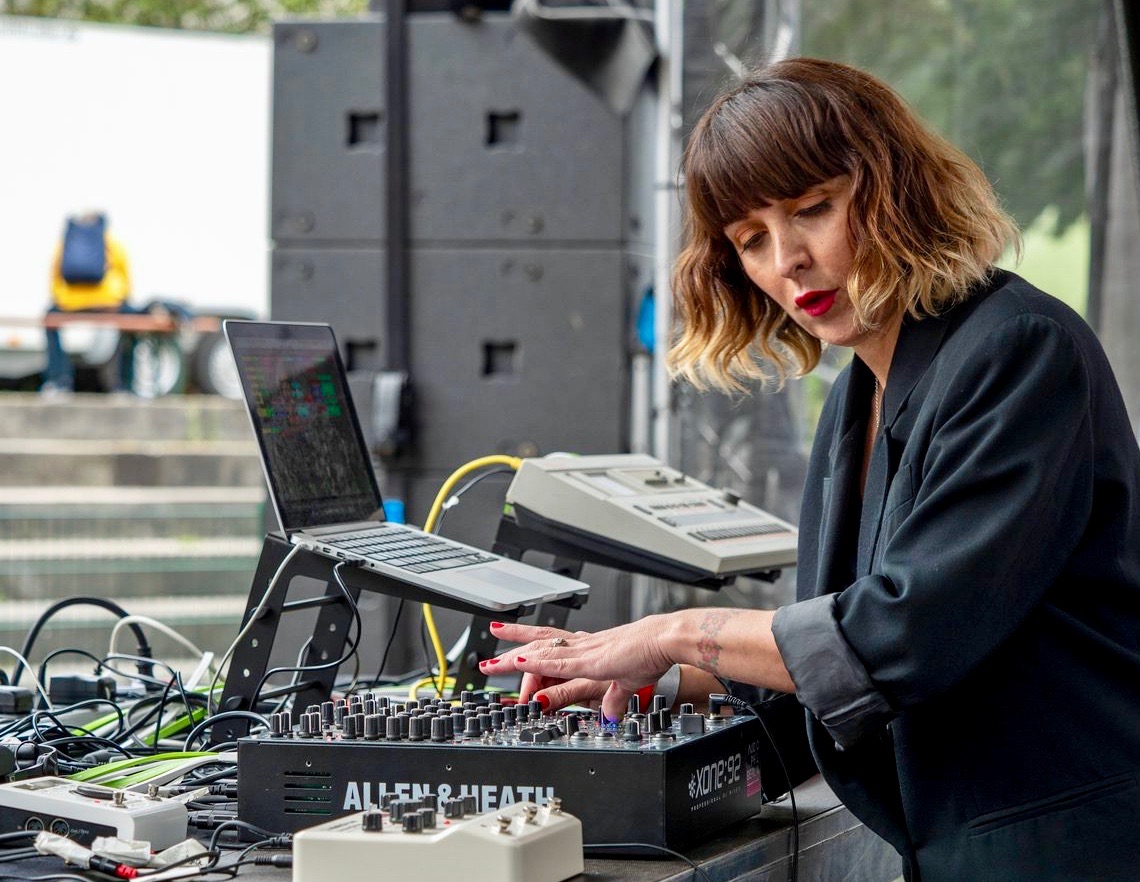 “After using the cables in my studio, I was impressed by the sound quality, so it was only natural that I take them on the road with me when I play live.
They’re really reliable and the fact they’re flat means it’s easier for me to avoid the cable spaghetti in my bag when touring 😉
Love my NEO cables!”

Bloody Mary is an internationally renowned Producer, Live Act, DJ and Label Owner of Dame-Music, which she’s been running since 2010.
A staple in the world-wide techno scene for more than a decade; the French artist’s name is easily recognizable to fans the world over, having produced a string of highly-acclaimed releases on well known labels over the years, such as Ovum and Missile to name a few.
Her distinct production style is heavily influenced by the raw, hardware-based sounds of the 90s,citing acid legends like Josh Wink, DJ Pierre, Freddy Fresh, Tim Taylor, Hardfloor & Thomas P. Heckmann as some of her biggest influences during her formative years. Fast forward to today,and it’s these exact producers she can be found regularly featuring alongside on the same vinyl releases.
It’s therefore no surprise that she’s often called upon to share her knowledge and expertise around the world. Whether it’s being invited by the Goethe Institute to give production workshops in Mongolia, or being hand-picked by Roland to talk about their illustrious 303 at ADE in Amsterdam, her unique approach to music making and years of experience spent honing her craft have allowed her to constantly travel the globe for over a decade.
In 2019 she was chosen to make an official remix of Phuture’s classic “Acid Track”, which went on to be widely acclaimed. In the same year, she launched her solo live act; making her debut in the infamous basement of Tresor, Berlin.
Pandemic aside, 2020 showed no signs of slowing down: her 10 minute “Against The Clock” dropped on FACT Magazine’s YouTube channel, which continues to receive outstanding feedback to this day.
She shared the cover of Future Music Magazine alongside Jeff Mills and Richie Hawtin, amongst others. The magazine also ran a 7 page studio feature with her, going in depth
about her favorite gear and production techniques.
In the same year, she released a full collaboration EP with Cardopusher, which was followed by a double vinyl release to celebrate the 10 year anniversary of Dame-Music, featuring artists like Lady Starlight, Schacke, Tin Man, DeFeKT and more. In August 2021, she launched her brand new live set on Hör Radio, full of fresh material she’d
been working on during lockdown. This was followed by her debut performance at Berlin’s esteemed annual synthesizer convention, Superbooth. She also contributed a track to the infamous Berlin queer techno collective Gegen’s 10 year anniversary V/A; a party where she’s been performing for many years. Bloody Mary’s unique musical taste and elegant on-stage presence have seen her feature at festivals such as Movement Detroit, Piknic Electronik, Epizode Vietnam, Rainbow Serpent, ADE, Sonar and WMC Miami. She has also graced the decks of world-renowned clubs like Fabric London, Space Ibiza, Panorama Bar / Berghain Berlin, Smart Bar Chicago, Shelter Amsterdam, and is a regular guest at Berlin techno institution, Tresor.
Accomplishments aside, it’s Bloody Mary’s unique vision, unrivalled passion, and dedication to her
art that has kept the fire burning for her over all these years, and will no doubt continue to do so for many years to come.