Primarily a live performer, JakoJako makes extensive use of modular synthesis in her productions and on stage.

‘Since I started using them for my live shows, I have peace of mind knowing that my connections are reliable and high quality.
I take them with me with every gig. ’ 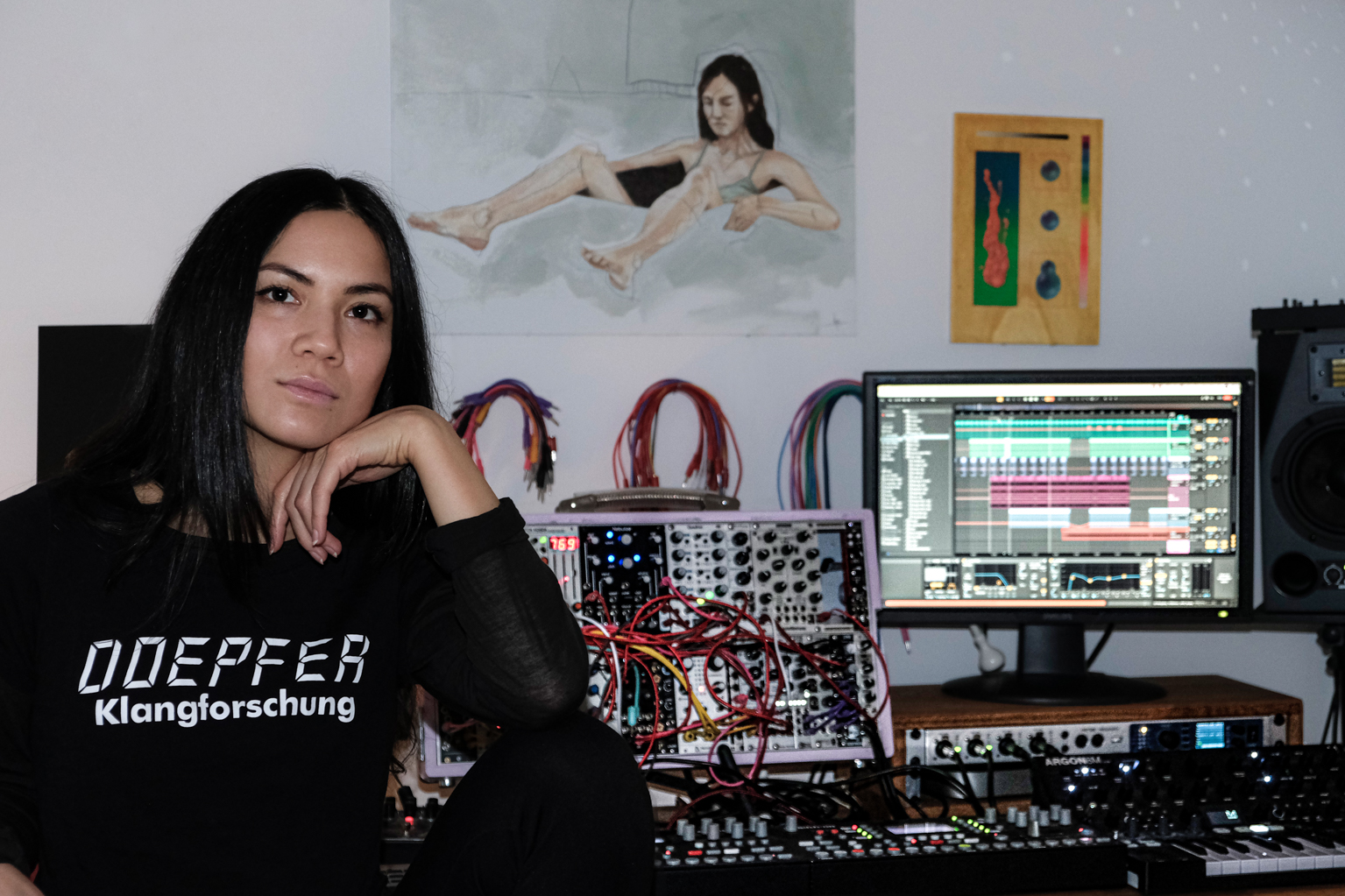 It started with an urge to play with sound, a DIY synth, and a desire to know more. After several years buried in books, manuals and patch cables, JakoJako was performing her first live sets around Berlin, and spending every spare penny on Eurorack modules. The passion became all consuming, and in 2017, she left her nursing career to work at the legendary Berlin synth shop Schneidersladen, where’s she’s been sharing her knowledge of tools and techniques with the city’s music makers ever since.
Technique is no use without ideas to apply it to, and fortunately JakoJako has a natural supply. “When you hear a sound in the environment, say a car passing by, you don’t appreciate the complexity until you think how you might synthesise it.” She explains. “Then it becomes something abstract; a collection of modulated pitches and timbres. I love to listen to the world like this..”
Her approach may seem studious, but JakoJako uses this fluency in the language of sound to convey emotion, and each track is an experiment, with success based on the intensity of feeling it creates. Her debut EP “Aequilibration”, released in 2019 on Leisure System Records, showcased this explorative mindset, with four very different stylistic ideas tied together through emotive sound design, sharp production, and a strong sense of melody.
The release was followed by a string of live gigs, performed with her modular system and Elektron boxes, including a release party at Berghain, playing a standout set alongside Ben UFO and Marie Davidson.
With regular events disappearing in 2020, live music migrated online, finding a global audience in shared experience of isolation. After streaming a live set for HÖR Radio, she was invited to take part in an online event for Arté, hosted by Innervisions and United We Stream, alongside Amé and Frank Wiedermann. This led to a filmed live performance in her studio for Fact Magazine’s Patch Notes series, and an in-depth video feature for Electronic Beats, which together have over half a million views (and counting).
Offline, JakoJako has made good use of the time in her studio, producing tracks on compilations for B-Pitch Control and Figure Records, remixes for Crouds on Intumi, and most recently, for New Order and Martin Gore (MG) on Mute Records. More solo work is in the pipeline too, including a new EP for Leisure System Records, due in mid 2021.