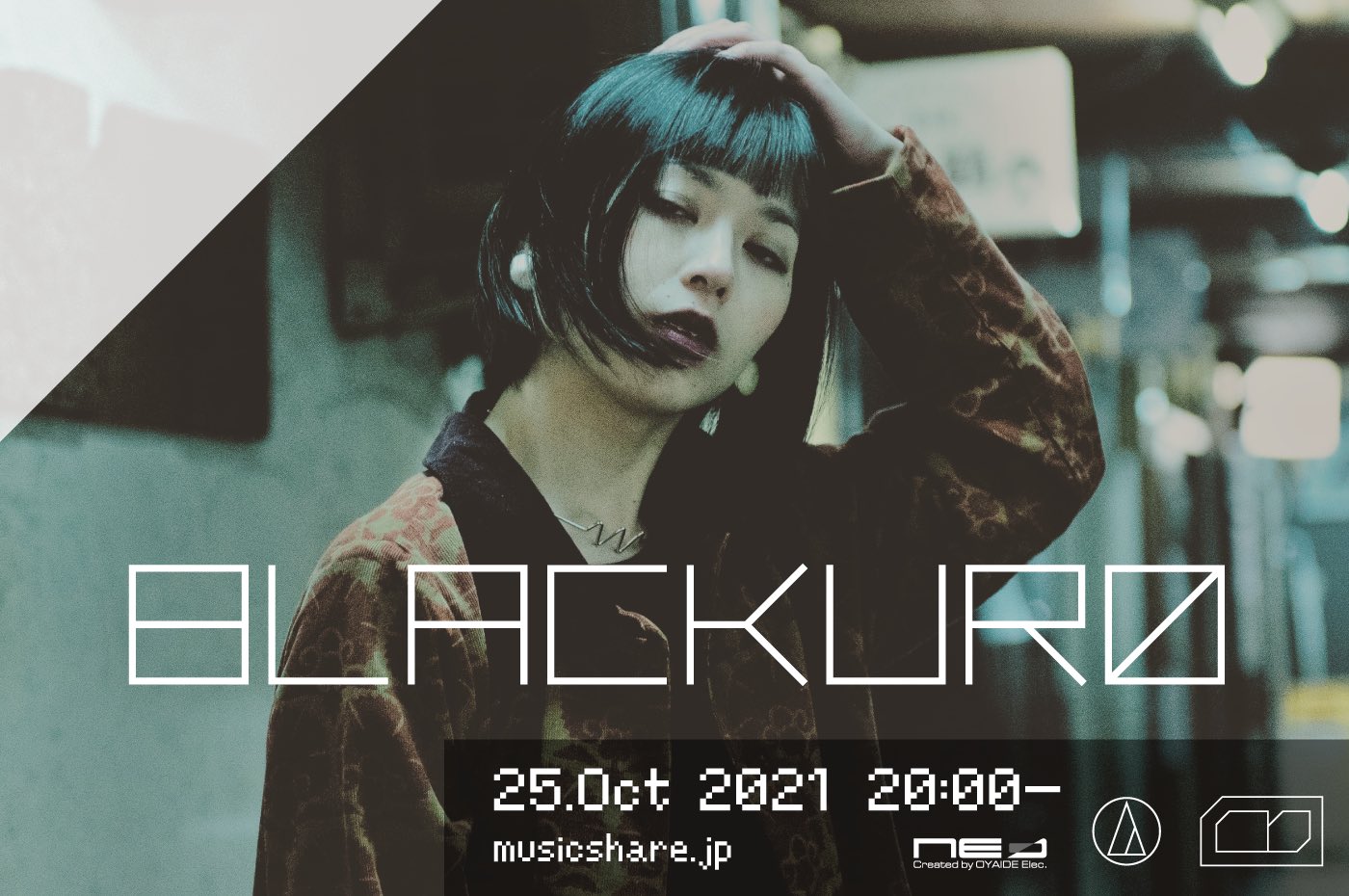 MUSIC SHARE”, a music program that introduces Japanese musicians to the world.

The program had been on hiatus for a long time due to the spread of the new coronavirus, but it resumed its activities with the 93rd episode last month.

The 94th episode, which was streamed on October 25th, was recorded at Audio Technica’s ASTRO STUDIO.

This time again, Michiyo Honda, the organizer of MUSIC SHARE, Mansaku Ikeuchi, who is also active as an actor, and other members who are professionals in various scenes such as filming, sound, lighting, etc., gathered and filmed on a certain day in October.

The guest this time was “BLACKUR0”, an artist who pursues a new style unrestricted by nationality or gender, producing everything from composition and arrangement to REC and mix by herself. 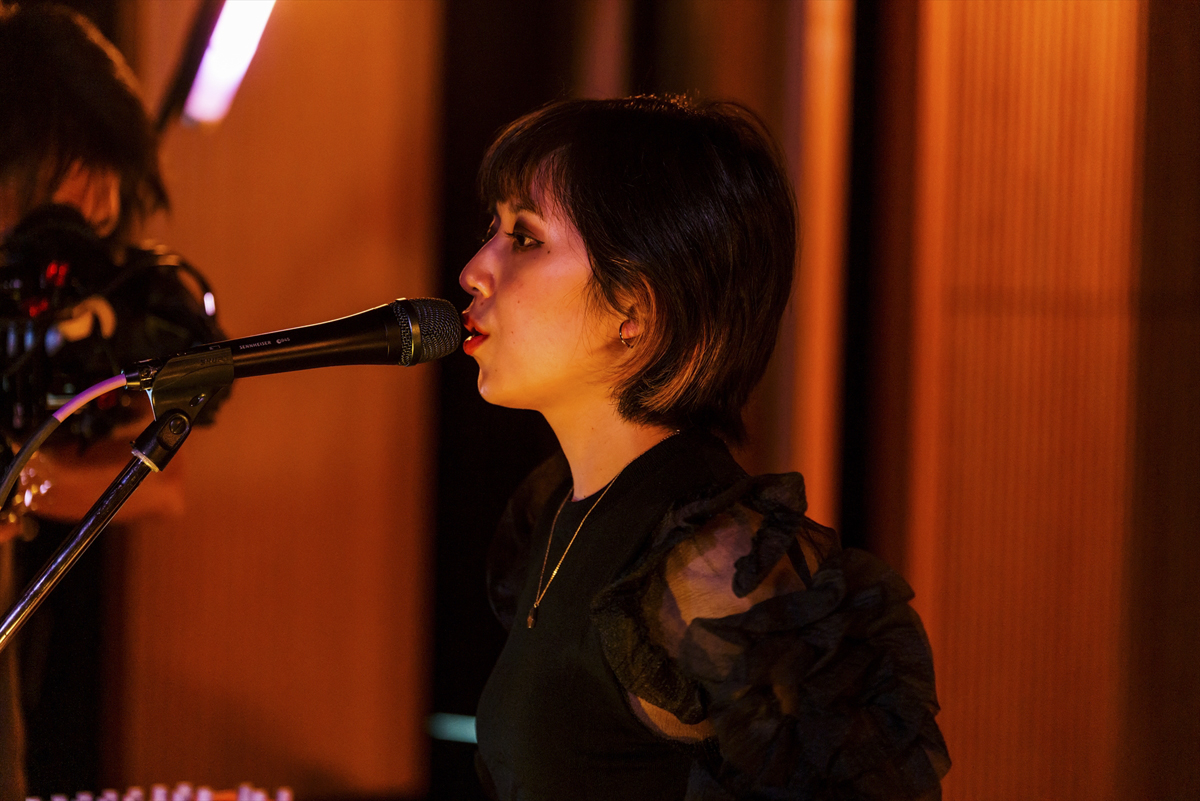 She created a new sound with her unique worldview that combines powerful, industrial tracks with delicacy, and performed a wonderful live set with her one-of-a-kind voice and catchy, yet somehow sad melodies.

Oyaide supported the wiring for this live performance as well, installing the power supply tap “MTB-4II” and “VONDITA-X,” which were released in May this year. The result is a high quality sound for everyone to enjoy the video. 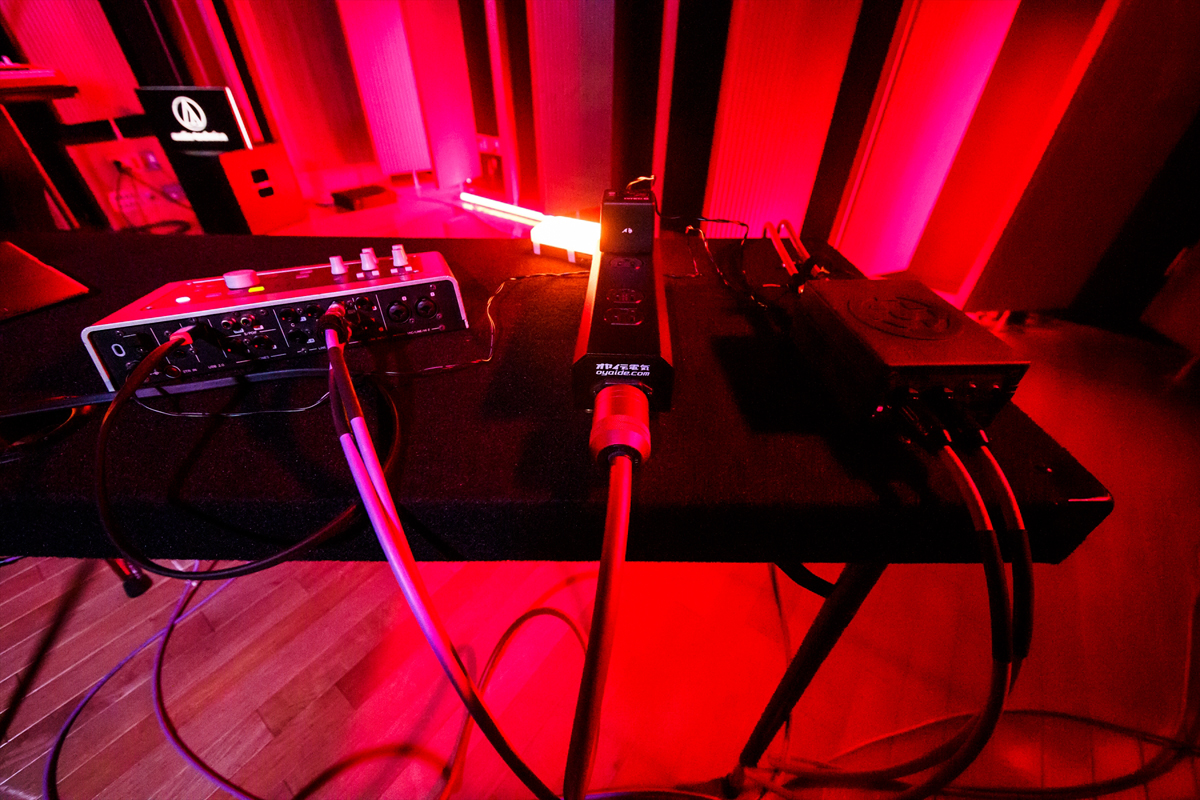 The story behind MUSIC SHARE’s offer to BLACKUR0 is that BLACKUR0 responded to a call on Twitter to upload a 30-second sound sketch by Shinichi Osawa of MONDO GROSSO. In an interview after the concert, she told an interesting story about how Michiyo Honda responded to the call and immediately made an offer to perform.

In the interview after the live performance, they talked about the interesting story of how Michiyo Honda heard the song and immediately offered to perform it.

Solo singer-songwriter and music creator.
She produces everything from composition to arrangement, recording, and mixing.
She has a wide range of tastes, including Rock, R&B, Techno, Electronica, and Ethnic music, and creates new sounds from various elements with her own unique worldview.
The songs are completed with her catchy and somewhat sad melodies, which she uses to her advantage in her eccentric song development, magnificent chorus work, and analog synthesizers.
Having performed in foreign bars and overseas, she has experienced the power of music to connect people beyond the barriers of language and culture. She pursues a new style that is not bound by nationality or gender, and aims to become an artist active on the world stage.
She is also known for her unique voice, which is soulful and thick, but also has a delicate color.
Recently, she has been releasing songs every month, mainly through Bandcamp and other subs.
She has also been actively collaborating with track-makers and creators to expand the scope of her activities.