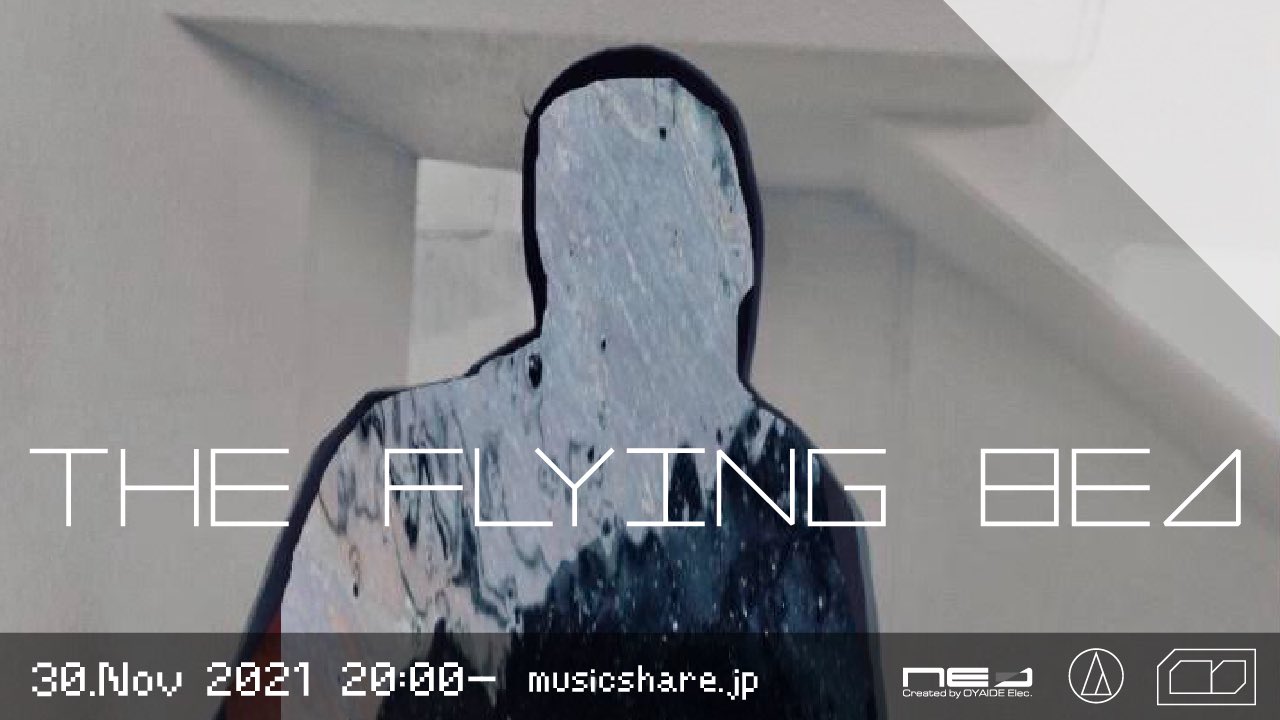 “MUSIC SHARE” is a music program that introduces Japanese musicians to the world.

MUSIC SHARE #95″, the third episode was broadcast on November 30 since the program started again September this year.

The recording was held at Audio Technica’s ASTRO STUDIO one day in November,In addition to the MUSCI SHARE team, Oyaide NEO team also participated in the recording as a member of the staff.

The guest of the day was “THE FLYING BED“, who was also involved in the remix of MONDO GROSSO’s “SHIN'”.

He composes, arranges, performs, recordings , mixdown, and designs jackets all by himself. He has a unique and innovative view of the world, and his music is full of charm that attracts listeners and makes them fall in love with his world in an instant.

When I heard that THE FLYING BED was going to be performing at MUSIC SHARE, and that they would be performing with a band including support members, I had high expectations for what the live set would be like and excited.

If you’ve seen the MUSIC SHARE video, you’ll know what I’m talking about.

As you may have already seen in the MUSIC SHARE video, their live performance far exceeded my expectations and imagination.

With a reverberating guitar sound reminiscent of ambient and dream pop at its core, the band’s fragile yet powerful vocals reached my ears with ease. The band members spun a strong groove as support, and the vocals on top of it further increased a sense of unity. The live performance of THE FLYING BED spun out from the band’s sound became more intense towards the end, inviting the listeners into their world. It is difficult to explain it in words, but I felt a strange sense of being taken into a world that I have never felt in other live performances.

As He talked about in the interview after the concert, THE FLYING BED hasn`t performance as band over 10 years, but it was a wonderful performance with a sense of unity and groove that made me not feel that at all.

The members of the band , each of them is currently working as a professional musician in other bands or as a supporting musicians, and they have not only excellent performance skills, but most of them are also childhood friends. After experiencing to see their live performance, I was completely fascinated by the band sound of “THE FLYING BED”.

I’m sure you’ll be able to enjoy their live performances on video, but there’s something about the power and experience of a live performance that can’t be conveyed by video, so if you have the chance in the future, please experience “THE FLYING BED” live !!

Now, we Oyaide have also supported the wiring for this year’s MUSIC SHARE.

Inserted into the white Mustang, the red cable crawling around THE FLYING BED’s feet seemed to play the role of sending out a lively guitar sound like a blood vessel.

Other familiar microphone cables, such as the “QAC-222“, “PA-02“, and “TUNAMI TERZO” were set up for microphone to the vocals, drums, and the whole band, delivering the music they were spinning to the PA table. In the power supply area,  OCB-1 AX with AXIS-303 cable and MTB-6II custom power tap provided cleaner and more stable electricity. The resolution of the band’s overall sound was also improved and the sound quality trend was of a higher quality. It was a wonderful set that made me strongly feel that all the cables and equipment prepared that day were one of the indispensable pieces to paint the clearest picture for the sound world of THE FLYING BED.

For those of you who have already seen the show, and for those who haven’t yet, please take the time to watch and enjoy the live footage from MUSIC SHARE!

The next MUSIC SHARE, the last one of the year, will be held on December 31st from 8pm.

THE FLYING BED
A solo project by edocsdlrow. He is an alternative artist who constructs his own world view by composing, arranging, recording, mixing, and jacket design all by himself. Starting in 2019, he will release one new song per month on the Sound cloud, a demo of a new song created using only iPhone and GarageBand. At the same time, he is expanding the scope of his activities while focusing on Twitter and inspiring creators of various genres.

As a New Year’s Eve special, we’ll be joined by the band SUKEBO-KING, who surprisingly reunited this year February, for a special appearance on MUSIC SHARE! 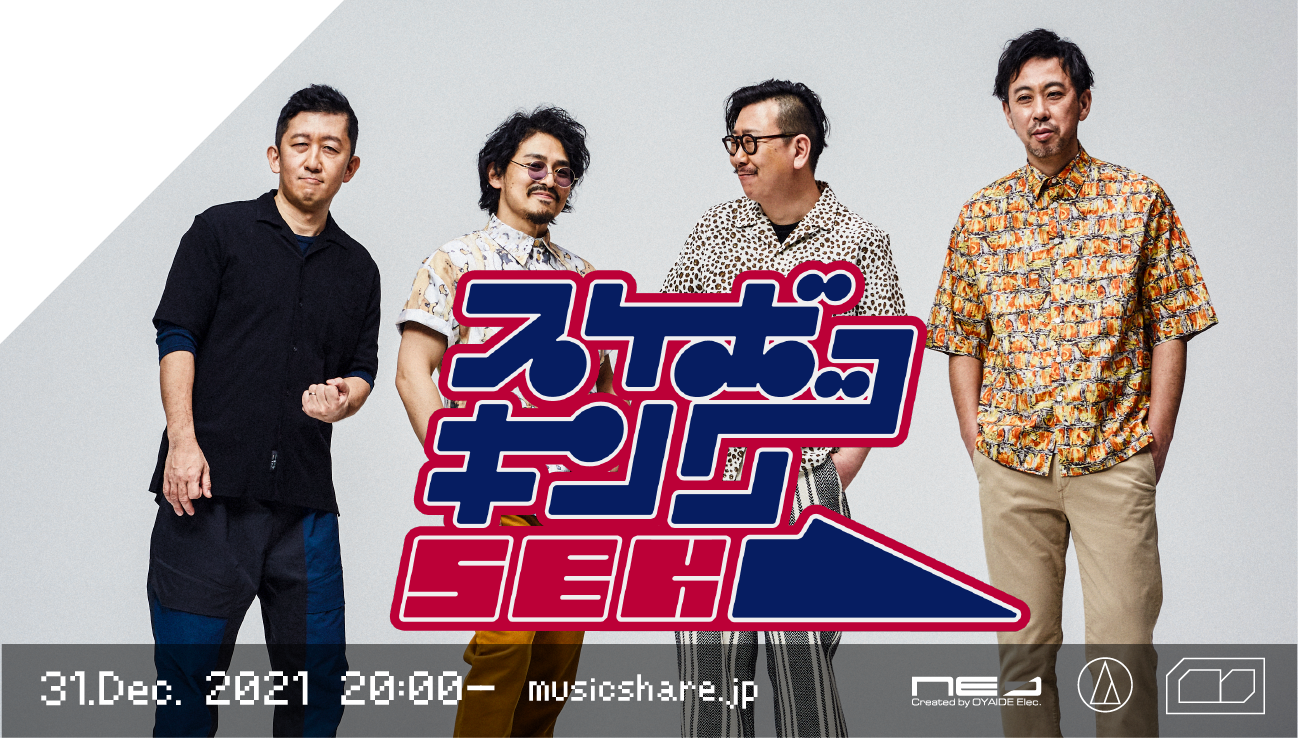