MUSIC SHARE is a music program that introduces Japanese musicians to the world.

The first recording of the year took place at Audio-Technica‘s ASTRO STUDIO on a certain day in January, and we Oyaide NEO were there as part of the staff and wired the cable for the performance.

The first artist for 2022 is 34423, an electronic musician and producer who also writes music for plays and commercials.

34423 is an electronic musician from Ehime, Japan, who made her debut album  “Tough and Tender” in 2013, and released her second album “Masquerade” in 2015. Her hard and tough musicianship, which is similar to that of club music, and her delicate, detailed, and fragrant worldview have earned her a high reputation not only in Japan but also overseas. In addition to her own music, She has also worked as a theatrical accompanist for various films, including the horror film “Eyes” written by Koji Suzuki and “Seishun Gun Blue no Natsu” directed by Yuwa Tanaka.

Last year, in August 2021, her third and latest album “Logos UI” was released from the American label Forgotten Imprint.

The album is an ambitious work that aims to create a connection between the listener and 34423 by expressing “my past self, her current hopes, regrets, and emotions, as well as the self she did not choose on her way back to life” through music, under the theme of “wearing myself in a different dimension.

The album features guest appearances by singer-songwriter Mizuki Ohira and ermhoi, who is also known as a member of Black Boboi and millennium parade.

The cover artwork by Kumi Koshio, a writer and artist who resonated with the concept of this album, was also a hit.

This album is a wonderful work that gives us a sense of the refinement and evolution of 34423’s music.
While it is a deep approach filled with various musical elements, each grain of sound is sublimated with a smooth and vivid sound, giving us a very emotional impression even though it is electronic music.

As She mentioned in the interview with MUSIC SHARE, the album as a whole reminded us of a grand science fiction novel or movie, perhaps due to the well-defined themes and meticulous design that went into the construction of the work.

What We want to say is her music is amazing  and We hope many people will listen to it.

On the day of the MUSIC SHARE studio recording, We Oyaide was there to help with the wiring.
First, we talked with 34223, about setting up the equipment for the rehearsal, and confirmed the cable settings.
34223 says that she usually uses Oyaide NEO cables such as d+USB class S.
She used to work as an engineer in a studio, so She is very particular about the sound quality of her equipment and cables, and She knows Oyaide very well.
(She also told us that She makes her own cables by herself, including simple soldering.)

On the day of the shooting, We wired up the area around the effectors and sampler/sequencer with the PA-02 TS and d+class B Series, along with the cables She brought in, and used the Solderless kit to quickly make cables of the optimal length for the missing cables.

For the power supply, we used the most powerful Oyaide flagship combination of MTB-6II and VONDITA-X to achieve stable power supply and high sound quality.
We are even proud ourselves that we were able to deliver a more powerful sound with more clear and pure.

Mizuki Ohira, who played with her in support, also uses NEO cables such as the QAC-222G, and we supported her with a guitar shield G-SPOT cable and a solderless kit for her to use on another occasion.

The settings were perfect, and we were ready for the live studio performance.

On the album, 34423’s sound is characterized by a very delicate and detailed electronica sound, but the live performance gave us a different impression. While the delicacy and precision of the sound and composition remained intact, the intensity of the sound was more powerful and full of a sense of groove due to the fact that it was a live performance, adding an element of club music that you can dance to.

In this day, it would be difficult to dance in a big venue with a lot of people, shouting loudly and dancing hard, but experiencing  34223’s live performance, I gradually had image of being in a club somewhere, being swept away with of people, and dancing.

At the climax of the concert, when Ms. Mizuki Ohira appeared on stage, our view of the world changed completely, and the clear voice of Mizuki and the electronic sounds became one, and I was completely mesmerized with the feeling of being drawn in.

It was a quick 30 minutes, the concert was over.

VJ Hello1103 also participated in this studio live performance, and the video and lighting matched perfectly with the world of MUSIC SHARE, making for a great session.

Please check out the video here and experience it for yourself! 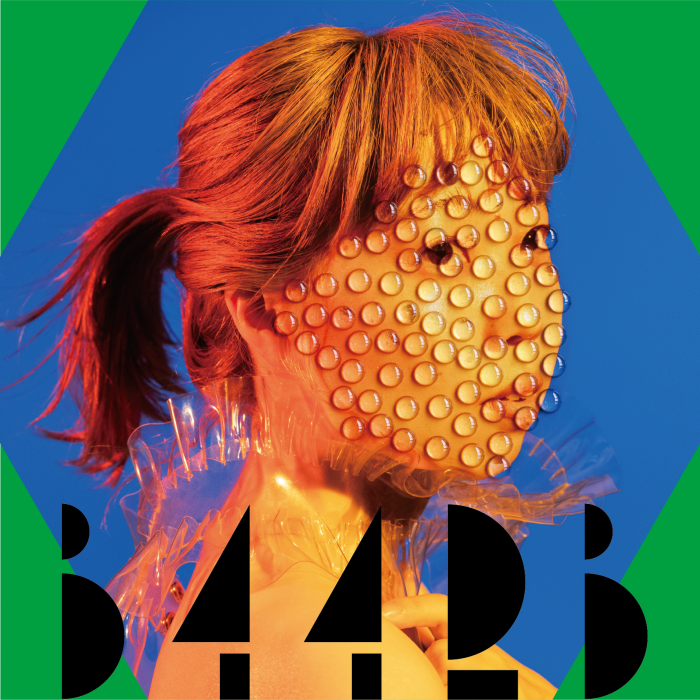 34423(Mi Yo Shi Fu Mi)
Trackmaker living in Tokyo.
She has been fascinated by recording devices and synthesizers since She was a child,
has been composing and performing live with her collage of sound materials using hard beats and free ideas. She has attracted attention with her hard-edged sound and vivid visual image, which is in contrast to her appearance, and debuted with her first album “Tough and Tender” in 2013.
In 2021, She released his third album “Logos UI” on cassette from Forgot Imprint from the US label.
In addition to her artistic activities, She also launched a music label, HEXODD, and a product brand, HED. She is attracting attention for her future development.
She has also composed and arranged music for a wide variety of films, including the Japanese horror film “Eyes” written by Koji Suzuki, the feature film “Summer in Blue” directed by Yuwa Tanaka, and films directed by Taichi Suzuki, as well as advertising music and sound logos.
Logos UI” was released on the American label “Forgot Imprint”. Under the theme of “wearing a different dimension of yourself,” 34423 expresses “her past, her current hopes, regrets, emotions, and the choices she did not make on her way back to life” through music. It is a work that aims to create a contact point between the audience and 34423 using music as a user interface.
▶Official ▶Twitter ▶Instagram ▶Facebook ▶Youtube ▶soundcloud 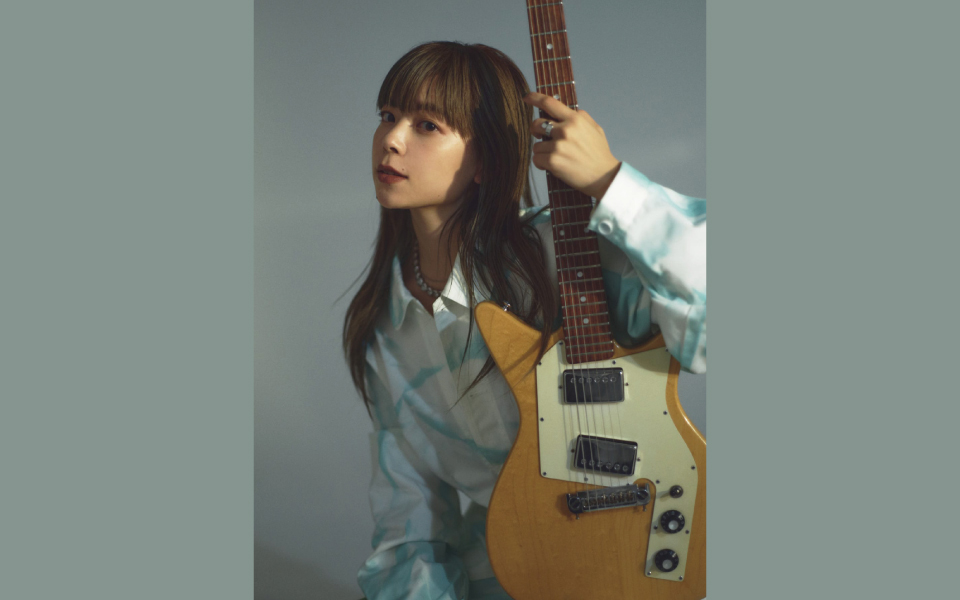 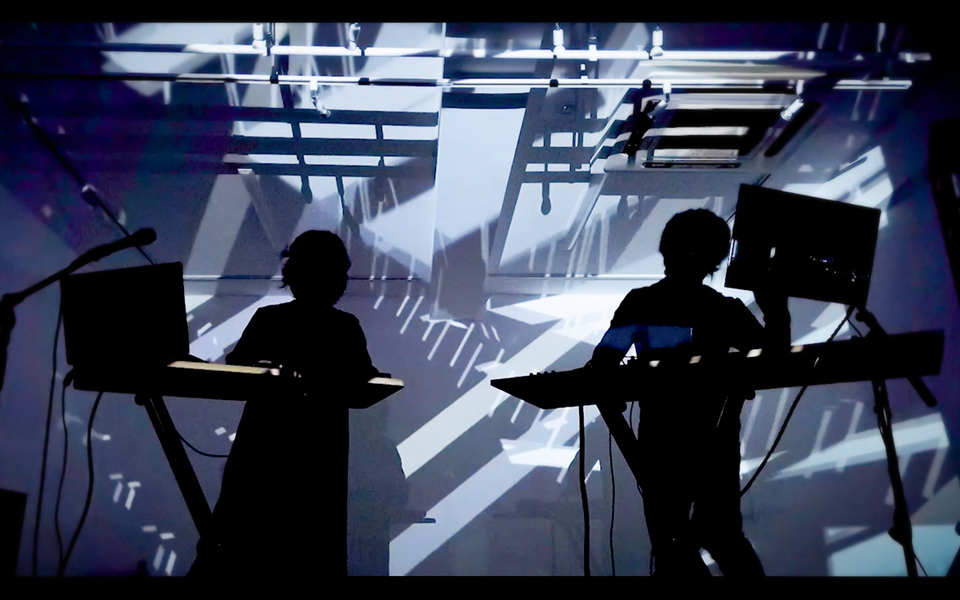