Oyaide Elec. was founded by Kazuji Oyaide in 1952 in Akihabara (formerly known as Kanda Hanada-cho), Tokyo, in a space of about one and a half tsubo (3.5 square meters), during a turbulent period soon after the postwar reconstruction.In the early days, the company started by selling magnet wires and insulation materials.

Later, the company sold a wide range of industrial wires and other products, gradually expanding its business. In 1956, the company moved to a new location under the JR elevated railway tracks where the current Oyaide Elec. in Akihabara.

Then came the period of rapid economic growth, and Oyaide Elec. started selling home appliances (TVs, refrigerators, washing machines, etc., known as the “three sacred treasures” at the time) in response to the times.

Oyaide Elec.Co.,Ltd. was established in 1971, and with the help of the company’s original business model of being strong in cables, the company stopped selling home appliances in 1974 and became a cable specialty store specializing in the sale of electrical wires, laying the foundation for the current wholesale and retail format of Oyaide Elec.. 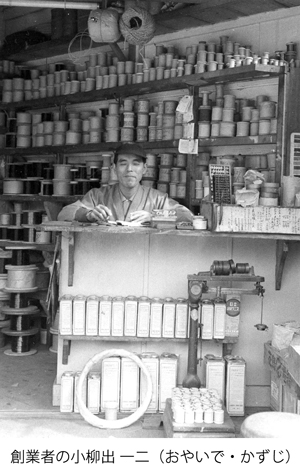 ■From an electrical materials store to a dedicated audio cable manufacturer

In the 1970s, audio critics and some audio enthusiasts began to pay attention to electric cables as a material for their own production. At that time, audio critic Saburo Egawa (deceased) came to Oyaide Elec. and paid attention to the litz wire recommended by Kazuji Oyaide. Mr. Egawa raised the idea that “sound changes depending on the wire”, and the encounter between the two led to the start of the development of dedicated audio cables by Kazuji Oyaide.

In 1980, the OR-800, Oyaide Elec.’s first speaker cable using Litz wire, was born. This was the beginning of Oyaide Elec.’s path to the frontier as an audio cable manufacturer.

■Completion of the OCB-1, which would become synonymous with Oyaide Elec.. 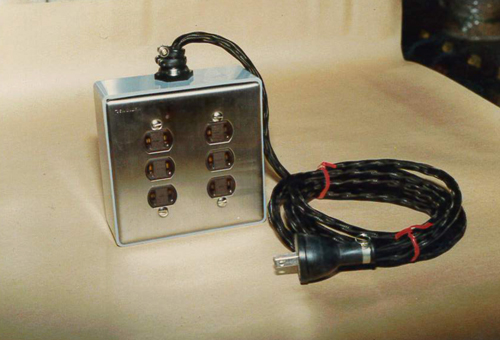 Later, in the 1980s, Kazuji Oyaide also focused on power supplies and began to develop his own audio power supply.

First, he developed the L/i50 power supply cable with a four-core star-cad structure, and then, with advice from Saburo Egawa, completed OCB-1 (Oyaide Outlet Box No. 1), Oyaide Elec.’s first power supply tap, which went on sale at Akihabara stores in January 1985.

The OCB-1 became one of Oyaide Elec.’s most popular products and is still loved by many audio fans 37 years later as a synonym for Oyaide Elec..

In this way, Oyaide Elec. played a role in spreading the new concept that “cables can change sound” to the world, and steadily increased its recognition among audio fans.

In the 1990s, the market for audio equipment began to shrink as digitalization and miniaturization progressed rapidly, and inexpensive and simple devices such as mini-components and CD boomboxes became the mainstream.

However, Oyaide Elec. steadily established its position as an audio accessory brand while maintaining its strength as an electronic materials store that mainly sold industrial cables.

■Establishment and development of the Oyaide brand

Oyaide’s founder, Kazuji Oyaide, retired from the company, and the second generation of Oyaide Elec. was launched, and the company embarked on further development of new products to create a stir in the stagnant audio industry.

While retaining the technology and know-how that Oyaide Elec. had cultivated up to this point, the company launched a new axis of products that were not only functional and sound changing, but also high-quality, well-designed, reasonably priced, and attractive.

The L/i50 series, the OCB-1 series, the MTB series, the TUNAMI series, etc., became hit after hit. In this way, the brand image of Oyaide Elec. with its high performance at a reasonable price, was established, kicking out the illusion of “too expensive, too good” that had been prevalent in the industry.

Oyaide Elec. continued to develop, further expanding its existing products for audio fans and launching a new brand “NEO” for professional use by musicians and music production in studios. We also launched the “d+” series, which sensitively responds to the trends of the times such as DJ and DTM. Oyaide Elec.’s name became known not only to audio customers, but also to a wider range of people, including studio users, DJs, and musicians who play musical instruments.

This trend was not limited to Japan. Oyaide products are exported to more than 50 countries around the world, and “OYAIDE” has become common knowledge among audio fans around the world. The NEO/d+ is used by many of the world’s top DJs and Artists, and continues to expand its recognition.

In 2014, with the concept of “producing universal materials with the world’s highest technology and quality,” Oyaide Elec. developed its own precision conductor “102SSC” with originality, innovation, and skilled craftsmanship, and with the cooperation of Misu Electric Wire, the conductor was released. With the cooperation of Sanzu Electric, the 102SSC was born. It is no exaggeration to say that “102SSC” has become an indispensable identity for all Oyaide products since then.

Over the course of its long 70-year history, Oyaide Elec. which began with a small shop in Akihabara, has grown to become recognized as the “OYAIDE of the world.
In 2022, Oyaide Elec. will celebrate the 70th anniversary of its founding. 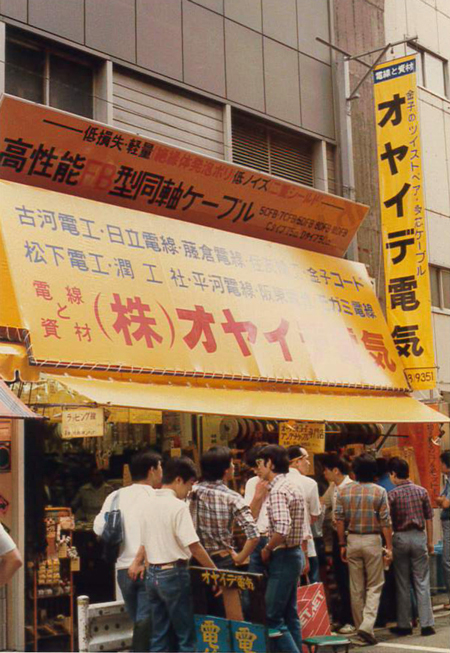 ■Aiming to be an ever-loved “Oyaide”

With the motto of continuing to make products that will be loved even as the times change, Oyaide Elec. has been making daily efforts to create products with the warmth that will allow people to use Oyaide products for many years to come.

In the midst of all this, we are sensitive to the trends of the times and will continue to respond to our customers’ needs as much as possible, while continuing to send out messages from Akihabara to the world with the same spirit of “Onko Chishin(mean’s developing new ideas beased on study of the past.)” and the same old motto of “Only what you need, just what you need”.

As we look ahead to the next 10 to 20 years, we will continue to create even better products so that Oyaide will be loved by as many people in the world.