MUSIC SHARE” is a music program that introduces Japanese musicians to the world.
After suspending activities due to the spread of the novel Coronavirus in March 2020, the program finally resumed a year and a half later.
We, Oyaide Denki, started supporting the show and the artists beginning with MUSIC SHARE #081. MUSIC SHARE #081 was distributed in June 2019. We helped wiring cables and power supplies for Live Equipment and PA Equipment.

After a year and a half of absence from the show, #093 sees the return of aTTn.
aTTn also appeared in March 2020, just before the Pandemic.

aTTn is a group with an urban vibe, consisting of three members: TAKUMI (from the USA, known for his work with MIRRROR), Andy Nagashima (aka sigh city) is the guitarist/filmmaker , and beatmaker  ji2kia, all of whom are also active in projects of their own. Their music is a mix of hip-hop, jazz, R&B, and pop with a unique sensibility.
After their thrilling performance at the last MUSIC SHARE, we were excited to see how aTTn would approach their live performance this time.

Ji2kia’s beats and TAKUMI’s beguiling vocals and powerful raps drew me in.
Check out the video below to see their one-of-a-kind performance.

In addition, the Oyaide wiring installed this time is as follows. 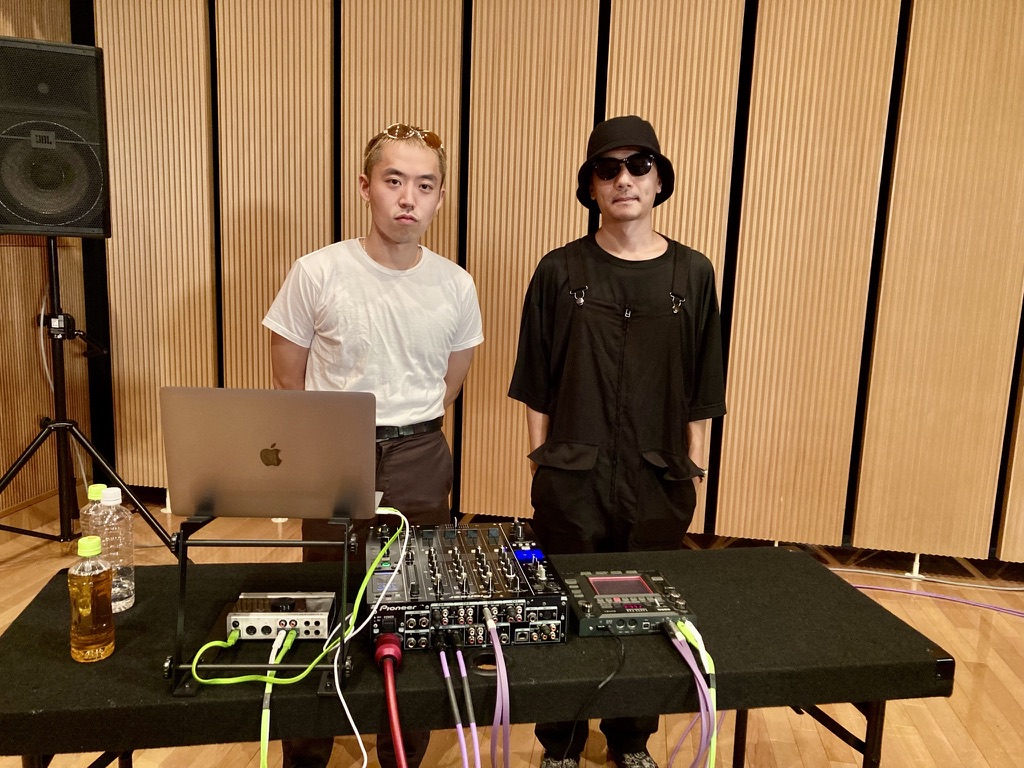 The three boys from different backgrounds come together to create the ultimate three-piece band: aTTn.
The project consists of TAKUMI,  sigh city a guitarist/vocalist from Boston, and beatmaker ji2kia.
After releasing their single “Sometimes” in 2018, they started their activities in earnest.
In 2019, they began performing live in Tokyo and other areas. The band’s cross-genre live performances have gradually attracted attention, with TAKUMI appearing at the Fuji Rock Festival as MIRRROR, and aTTn, with only a few songs released, appearing at the Iwakabe Music Festival in Iwagishi. In 2020, they appeared on ‘MUSIC SHARE’, a music show held at Red Bull Music Studios Tokyo, to introduce Japanese musicians to the world, releasing five music videos including ‘kafun’ and ‘EYE CONTACT’.
They have been attracting attention from early listeners. With two American-born vocalists, unique sound, and vocal work, they are one of the most original music groups in recent years and are expected to be active beyond Japan.