“I always wanted to put together the expression and phenomenon of sound and my talent as a work of art in the format of music.”

OY: It seems that your music has a deep relationship with art. What kind of relationship is that?
KYOKA： Musical works that are not intended to be consumed. Or, I always wanted to put together the expression and phenomenon of sound and my talent as a work of art in the format of music. Perhaps the people who support such a desire are those who do not think of my works as something to be consumed, but who see music as a form of art. So, inevitably, I am often invited to places and events where people understand my work as art, and perhaps this is where I develop a deeper relationship with them.

OY: What do you think of experimental music and the genre called “experimental”?
KYOKA： I think it’s a genre with the widest of breadths, where there is a field in which you can freely pursue your own agenda and depth. I think it is a rare genre where dreams, hopes, futures, and all kinds of things are possible because the ultimate free research is allowed.

OY: Kyoka, you also produce music for commercials, don’t you? What brands have you collaborated with?
KYOKA： Most notably, in Japan and Asia, I have produced music for commercials for major shoe retailer ABC Mart, sports brand Puma, and cosmetics retailer ORBIS, among others. In addition, the music was also used for Apple’s “iPhone7” commercial. This commercial was for the entire world, and my music was simultaneously broadcast to the world on a scale I had never experienced before. It was a “pleasant sensation” of new experience. 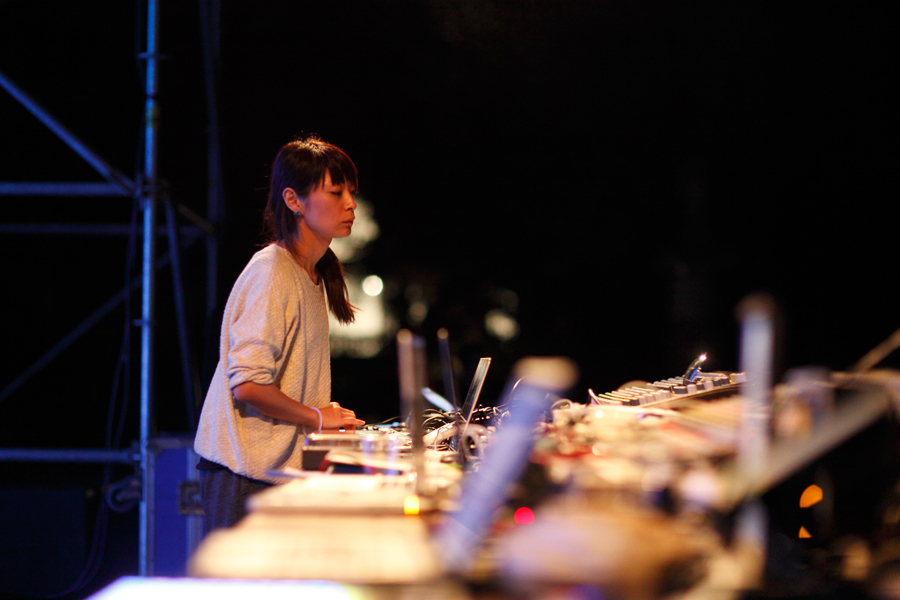 OY：What are your specialties when creating music? What kind of sounds have you recorded?
KYOKA：I make field recordings wherever I go for gigs. I record while wandering around the hotel where I’m staying, or quickly record the morning after a gig before my flight home, or record as a daily activity, just like a diary. At this time (on the day of our interview), there is an installation at an exhibition at the Museum of Contemporary Art in Colombia that uses music made entirely from field-recorded sounds.

OY: You were in charge of the award ceremony music for the Japan Media Arts Festival in March 2021. We heard that this was the first time you incorporated your interest in brain science into your work. What do you mean by your interest in music and brain science, Kyoka-san?
KYOKA：For example, knowing which mechanisms in our body and brain actually cause our state of distraction, relief and attention, and then composing music based on these mechanisms, is one of my recent favorite or addictive activities. Even if I separate myself from songwriting and music, I find it interesting that by learning more about brain science, I can become more familiar with my emotions and behavior than ever before. When I look at people’s behavior and thoughts from a brain science perspective, I feel like I am a little robot (device), which is very interesting.

OY: I understand that you are researching the similarities between music and the brain, emotions and memory. What exactly do you mean by that?
KYOKA: I’m trying to find out what elements of music have a high probability of triggering each individual’s past memories, or what quality, timing, and form of sounds make most people feel cheerful, not starting from the music but from the brain. As a result of learning these things, it is also interesting to reconfirm how music from a time when brain science did not even exist, and music theories and methods used in the past made sense from a brain-science perspective, and how they were properly systematized. Personally, I have recently been focusing on creating new syntax for music and composition by utilizing what I have learned from brain science and approaching it from the perspective of the body’s functions. 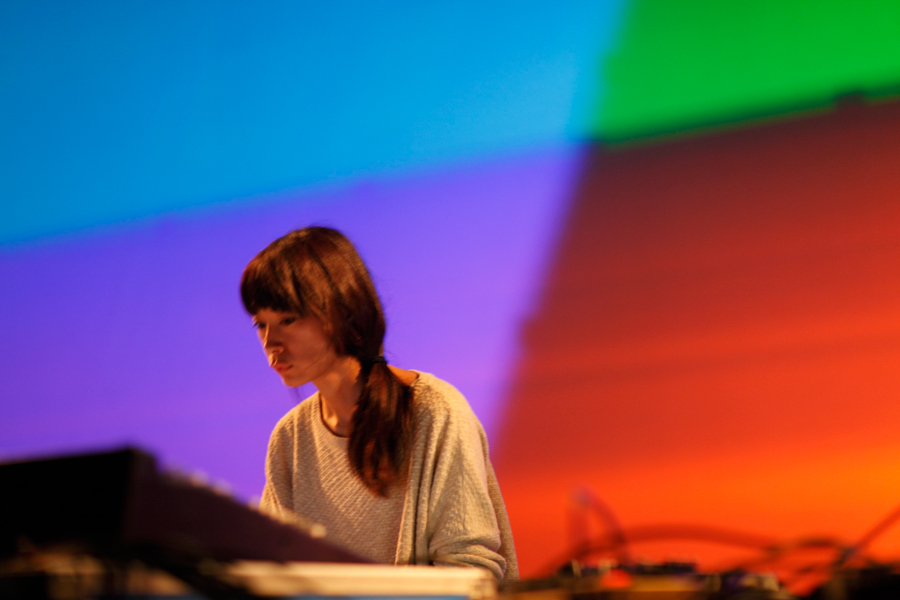 OY: Kyoka’s work has been featured at the Aphex Twin Curates festival in Manchester in 2019, a sound installation at Mibudera Temple in Kyoto that started in 2020, and a media art event held at Haneda Airport. Other than that, there have been other opportunities to see Kyoka’s work in Tokyo, Montreal, Barcelona, and MUTEK in South Korea, even though the Corona Disaster has made it impossible for her to perform live in some of these places. We have heard that you are working on a new project for 2022. What kind of projects are you working on?
KYOKA: The project that I am currently working on is the ‘Debris Project’. The people at the University of Hong Kong’s Computer Learning Department approached me about this project. In the project, I am mainly working on a synthesizer waveform synthesis method called “granular synthesis” as if it were manual. I have been doing this manually since I was a child with a tape recorder, but through this project, I learned that it was a technique with a name, and I feel as if I am reviewing and answering questions about my life of composing music.

Thankfully, I have been approached for many other projects: in May, I am preparing a live set for an installation with a Spanish biological video artist. I’m also working with a group of artists in Switzerland and France who make hybrid food and tableware out of bioplastics, and I’m in charge of the music during their meals.

In my solo work, I am also aiming to further brush up my understanding and knowledge of brain science to create a new syntax for music. I am also working on an album under the name Lena Andersson with Eomac!

There was a period in 2018 when I took a break from external gigs and other activities. During that period, I spent my time living in an art technology center in Spain, focusing on exploring installations, crafting machines for them, and various other things that I was exploring in my own way. From time to time, I talked to local physicists about my own fantasies and musings, both large and small, and tried to make my creations more like science fiction based on logic, rather than fantasy-oriented science fiction. What I gained from that experience has been used in my subsequent songwriting and current activities.