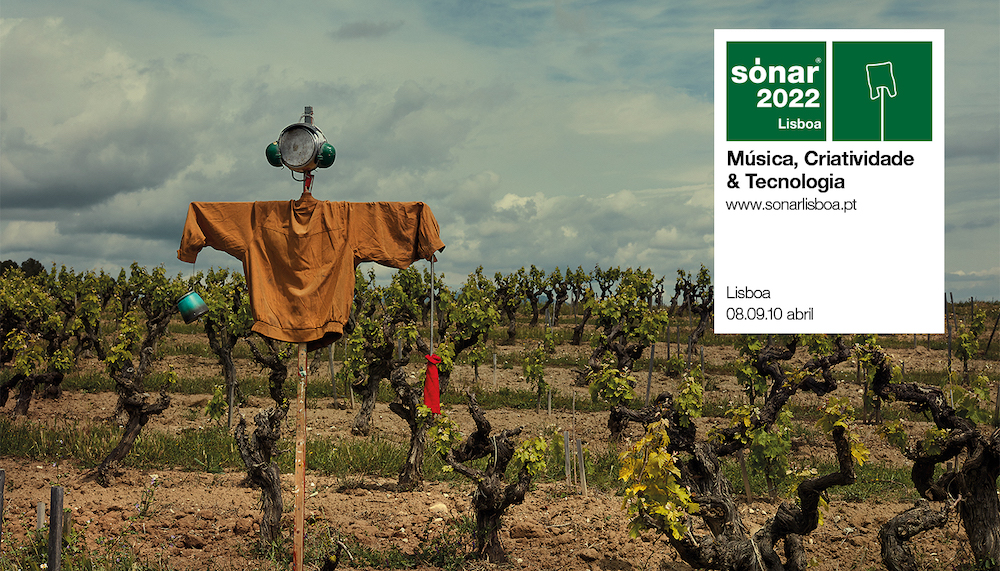 Sónar, based on the concept of “Advanced Music & New Media Art,” was launched in Barcelona, Spain, in 1994. As a complex festival combining cutting-edge dance music and media art, it has been held in cities around the world including Bogota, Buenos Aires, Hong Kong, Reykjavik, Istanbul, and Tokyo, as well as Barcelona.

This year, Sónar Lisboa 2022 was held for the first time in Lisbon, Portugal. Located on the western side of the Iberian Peninsula, Lisbon is a metropolis with hills stretching along the coast facing the Atlantic Ocean, and is also the capital of Portugal. The old town is lined with pastel-colored buildings and offers a very beautiful cityscape with a sense of history and culture.

Oyaide Electric, together with Berlin-based cable company enoaudio, was selected as an official partner of Sónar Lisboa 2022, and was be in charge of DJ booths and stage wiring at the venue.

For this wiring, we prepared more than 250 cables, including RCA and XLR cables used for DJ equipment installed in each area of the venue and on the stage. The d+ and NEO cables, which were over 1,250 meters in length, were installed in various areas of the venue.

In addition to the wiring at the venue, Oyaide and enoaudio also exhibited in the “Sónar+D Program,” an area where workshops and conferences were held, and also held workshops on making your own cables and exhibited d+ and NEO cables.

enoaudio, which participated in Sónar with us, is a cable company founded by a Japanese resident of Berlin, which manufactures custom cables combining parts from domestic and foreign manufacturers, processes and assembles them in-house, and sells them mainly in Europe through its online store.

All of the cables prepared for Sónar Lisboa, with the exception of the d+ cables, were assembled and completed by enoaudio in Berlin.
Sónar Lisboa will be divided into several venues, large and small, and will feature live performances, DJs, and installations by a variety of artists from daytime to nighttime over the course of four days.

The “Sónar+D Program” introduced earlier is one such event, which takes place in three industrial buildings in the “Hub Criativo do Beato” area. The event featured music performances, visual showcases using the latest technology, art installations, talk sessions, and more.
Oyaide and enoaudio also had a booth in this area, where enoaudio conducted a workshop where visitors could actually make their own cables on the spot.

The workshop was a great opportunity for visitors to learn how to make their own cables, using a soldering iron. It was very impressive to see the participants who were excited to see the finished cables after their first experience of making cables by themselves.

We also displayed d+ /NEO cables at the workshop booth, handed out stickers and catalogs, and got many visitors interested in cables as well. Sometimes, well-known artists such as DJ Marfox, a central figure in Lisbon’s Afro-dance music scene, and rRoxymore, a producer and DJ from France who lives in Berlin, would wander by our booth, making this area a sort of intersection that brought music, people, and art together. This area seemed to play the role of a crossroads between music, people, and art.

The main event was held at three venues in Lisbon, where renowned artists from all over the world performed, and the program was more musical in nature.

The program, held at the Carlos Lopez Pavilion, Coliseu dos Recreios, and Lisbon Congress Center, three of the city’s most centrally located venues, will feature performances by big stars whose names everyone knows, up-and-coming artists with great potential, and artists who are closely connected to the local community. The program was divided into a day program and a night program, with a wide range of performances by artists closely connected to the local community.

The Carlos Lopez Pavilion, one of the main venues, was built in the 1920s and has a spectacular castle-like exterior. The building is said to be a space that has supported the cultural side of Lisbon for many years, hosting various kinds of events, from dance performances to political rallies.

Inside the building with such a sense of history, a huge screen was installed, a DJ booth was set up in the center of the stage, and the sound system was unquestionably excellent, and I was impressed by the unity of Visual and Sound.

The live performance by Arca, a non-binary transgender artist born in Venezuela, was a great success, transcending the boundaries of the electronic music genre with a performance that could be described as a revue and dance. The overwhelming power of Arca.

Listening closely to the sound echoing through the venue, the quality of the sound was very clear and pleasant to the ear, and I felt as if every grain of sound was beautifully absorbed into my body. Despite the vast space, the bass, mids, and highs were all well-defined and the resolution was very high, making for a wonderful sound.

The second main venue, “Coliseu dos Recreios,” is an impressive baroque building resembling an opera theater. This venue hosted Floating Point, Leon Vynehall, and live performances by Biecep.
Floating Points, whose academic career includes a Ph.D. in neuroscience, was a real treat, and Leon Vynehall gave an amazing live performance that showcased the depths and depths of his talent. The live show was a masterclass in industrial, ambient, dancehall, and many other genres, and we were mesmerized by his world of music.

The Lisbon Congress Center is one of the largest venues in the city and is usually used for international conferences and exhibitions.
Here, superstar Richie Hawtin, who arguably created the modern techno scene, performed for the first time a Vunyl Only B2B set with Berlin’s next generation creator Hector Oaks. Their hard-hitting and groove-filled set was a must for techno lovers.
The set, visuals, and lighting in the venue were also excellent, and it was truly a great opportunity to enjoy the latest evolution of entertainment in the electronic music scene.

We are proud to say that our efforts with Sonar Lisboa to install d+ and NEO cables helped to bring the excitement in the venue to an even higher level.

We are proud to say that our efforts at Sonar Lisboa helped to bring the heat of the venue to an even higher level with the installation of d+ and NEO cables. The trip made me think about how Oyaide would like to contribute to the further development of the scene based on the power we received from the many people we met at Sonar Lisboa.