While he is perhaps best known for the No. 1 smash hit “Ghostbusters” 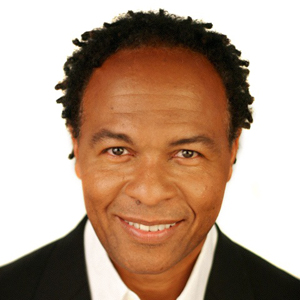 “I super love the product and have in my studio as well as travel with it! it is by far the superior products.
I’ve been using it daily since the summer. Also I used some on Joe Cocker and Rod Stewarts new CDs.
Thanks for all the great stuff”

While he is perhaps best known for the No. 1 smash hit “Ghostbusters”, Ray Parker, Jr. has enjoyed quite a versatile career, not only as a much sought-after guitarist, but with a number of other hits to his credit, as a performer, songwriter and producer.
Ray started out as a session guitarist, while still in high school, playing on sessions recorded for the legendary Holland Dozier Holland labels, Hot Wax and Invictus, whose roster included Freda Payne, Honey Cone, Chairman of the Board, 100 Proof Aged in Soul, Laura Lee, and 8th Wonder. He’d also play behind the Temptations, Stevie Wonder, the Spinners, Gladys Knight and the Pips, and other Motown luminaries when they appeared at the Twenty Grand Club. In 1972, Stevie Wonder called 18 year old Ray Parker to ask him to play behind him on a tour he was doing with the Rolling Stones. Ray thought it was a crank call and hung up the phone. Stevie Wonder called back and convinced Parker that he was the real deal by singing “Superstition” to him! During the next 2 years, Ray Parker played on Stevie Wonder’s albums, Talking Book and Innervisions.
Moving from Detroit to Los Angeles, Parker got into session work playing on sides by Leon Haywood, Barry White, arranger Gene Page, and working with Motown producer Clarence Paul on Ronnie McNeir’s 1976 Motown debut, Love’s Comin’ Down, and he appeared in the picnic scene in the Bill Cosby – Sidney Poitier comedy classic Uptown Saturday Night.
Deciding to become a recording artist, Parker got a deal with Arista Records in 1977. Not yet totally confident on his singing ability, Ray put together a band that included vocalist Arnell Carmichael, bassist/singer Jerry Knight (who later had his own solo hit with “Overnight Sensation” and as half of Ollie & Jerry and co-produced hits by the Jets), guitarist Charles Fearing, Larry Tolbert, and Darren Carmichael. However, on record, Parker played most, if not all of the instruments.
His first LP, Raydio, went gold, peaking at No. 8 R&B in the spring of 1978. The LP included the hit single ”Jack and Jill” (lead vocal by Jerry Knight), which hit No. 5 R&B and went gold; ”Is This a Love Thing”, and ”Honey I’m Rich”. The hits continued with Ray Parker, Jr. and Raydio’s gold, No. 4 Rock On. The single ”You Can’t Change That” hit No. 3 R&B and No. 9 Pop in 1979. ”Two Places at the Same Time” was No. 6 R&B in 1980, and in 1981, ”A Woman Needs Love (Just Like You Do)”, which was the first song Parker sung all the way through without trading vocals, held the No. 1 R&B spot for 2, going to No. 4 on the pop charts. ”The Other Woman” was No. 2 R&B for 4 weeks.
The ”Ghostbusters” music video is one of the funniest and star-studded videos ever made (breakdancing Bill Murray style). “Ghostbusters” held the No. 1 R&B spot for 2 weeks and was No. 1 for 3 weeks on Billboard’s pop charts in Summer 1984.
Parker also wrote and produced hits for New Edition, Randy Hall, Cheryl Lynn Deniece Williams, and Diana Ross.