Erik Mongrain is a unique and highly talented acoustic guitarist 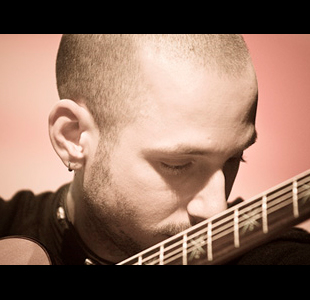 “Simply the highest grade guitar wiring cables that I had the chance to try so far! “Superb fabrication, unique colors, you can see the detailed work put into each cable!”

Few years ago this guitarist was still playing in the Montreal subway. One year after the release of his debut album, entitled Fates, he was already in demand all over the world: USA, Germany, UK, Ireland, France, Japan, Argentina, Mexico… Everyone wants to see and listen to Erik Mongrain.
Erik’s melodies touch the hearts and souls of his fans. His dexterity and the complexity of his compositions, rendering them difficult to imitate, have attracted the attention and adulation of some of the world’s finest musicians. He astonished guitar legend Paul Reed Smith (PRS Guitars) who, after building a custom acoustic guitar for Erik, showed one of Erik’s videos to none other than Paul McCartney (The Beatles), who also fell in love with the unique musician. A single video (Airtap!) on Youtube.com was enough to earn Erik two contracts to score films. In April of 2007, Japanese National Television (NHK) landed in Montreal in order to introduce Erik Mongrain’s exceptional acoustic guitar talents to the Japanese population. Many have hailed him as one of the great acoustic guitar players, along with Michael Hedges and Pierre Bensuzan.
Erik meticulously composes songs, each more harmonious than the last. His delightful music is captivating.