Catz ‘n Dogz is Greg and Voitek, Previously, as 3 Channels 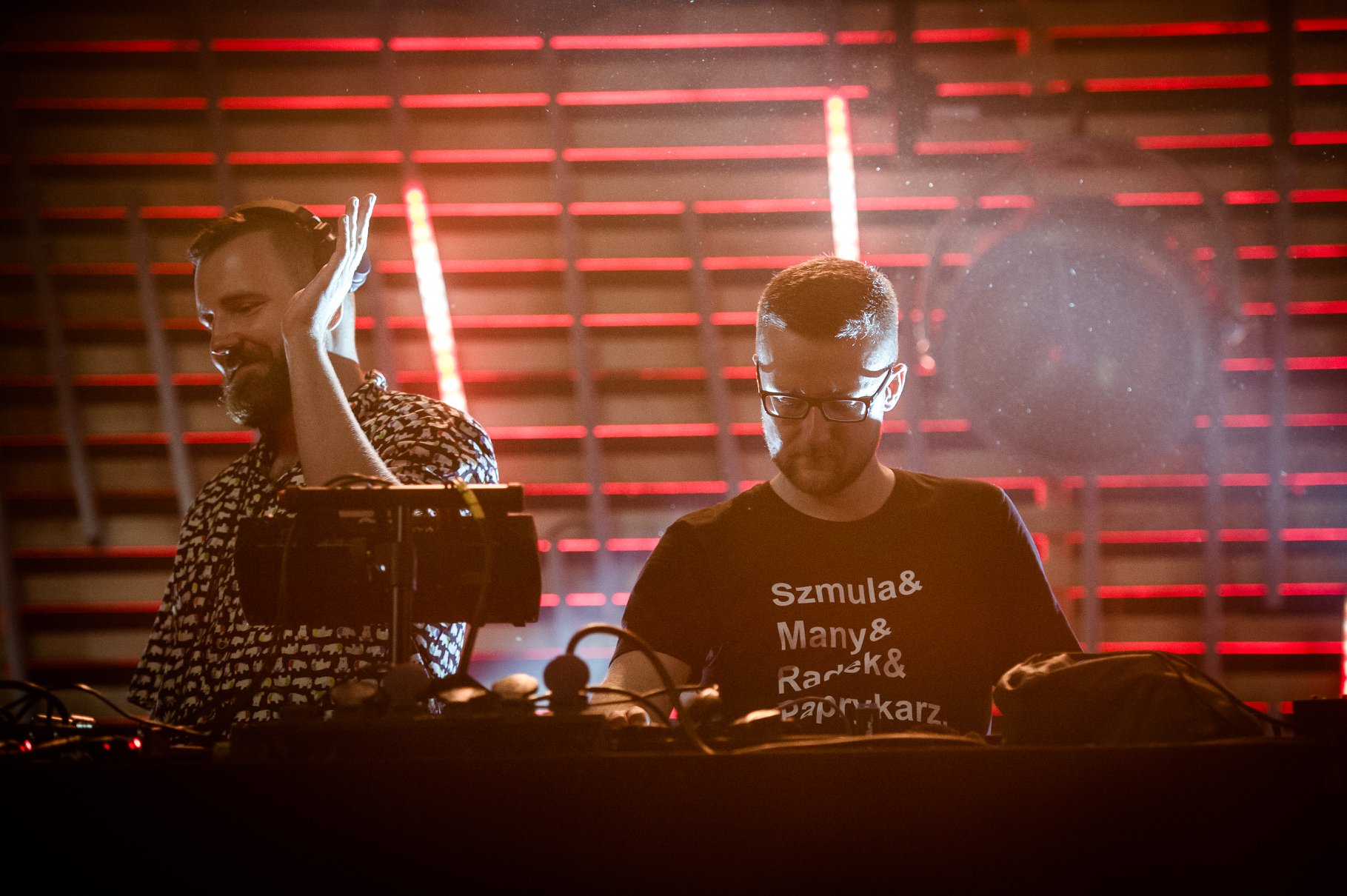 “We play every week around the world, when you travel so much it’s very hard to keep the cables in the good condition. Usually after few gigs we were throwing the cables away because they were broken..
We’re using the OYAIDE hardware for few months now and we didn’t get any problems from them. The cables are very solid, every detail is perfect, it’s the highest Japanese quality you can get. We didn’t see better cables anywhere. Also the box from OYAIDE is very useful. It’s very easy to carry all the cables, they are safe inside and there’s no need to worry that they will be broken during the travel.
We’re using the cables in the studio and when we’re performing live.
People are asking a lot about those cables and they are always very interested about them. Amazing design d+, they look very unique and simply beautiful. We’re very happy that we can use them in the studio and on the stage, we don’t have anymore problems with sound or interferences.”

CATZ ‘N DOGZ: Their real names may be Grzegorz and Wojciech, but there have been plenty of others along the way: early DJ sets as Deeop and Ketiov, champions of the underground as 3 Channels, or simply ‘Greg and Voitek’ to their nearest and dearest. But no doubt, you’ll know them best as CATZ ‘N DOGZ.

The duo’s refreshing take on dancefloor music has, in the last 12 months, propelled them into the limelight like never before. Perhaps it was getting the remix treatment from the incomparable Carl Craig and rising star Tanner Ross on their most recent Mothership release. Or the A&R home runs they scored with Pets Recordings, debuting Eats Everything’s smash “Entrance Song” and curating remixes from Maceo Plex, Axel Boman and KiNK. Or maybe it was their first appearance in Resident Advisor’s hallowed Top 100 DJ Poll. In any and all cases, the truth is clear: Catz ‘N Dogz are well n’ truly at the top of their game.

It began in 2003, when best friends Greg and Voitek hosted their first club night in their home town Szczecin, Poland. Back then they were known as 3 Channels, and they developed organically from there, into their first club residency, and into a regular hosting slot with Szczecin’s ABC Radio. As 3 Channels amassed a loyal legion of fans, they broadened their creative pursuits again, and production was their next natural outlet. Their techno-centric tracks swiftly caught the attention and then joined the rosters of some of the most respected underground dance labels in the world: Trapez, Crosstown Rebels, Pokerflat, Boxer, Leena, Trenton, as well as the boys’ own budding imprint Channels Rec. The instant that Claude VonStroke heard 3 Channels’ red-hot club records, he snapped the twosome up for his Dirtybird label; there they remixed Claude’s infamous anthem “Who’s Afraid Of Detroit?” for a highly limited (and highly sought-after) onesided vinyl release, followed by the dancefloor-destroyer Chicken Affair EP, which appealed to the broadest spectrum of underground house and techno DJs.

By 2008, the boys had completely evolved, reemerging with a looser, freewheeling house sound, a hybrid masterpiece of a debut album, Stars of Zoo, and a new name: Catz ‘n Dogz. The pair integrated deep house signatures without losing sight of their techno roots, all the while exploring lush, organic soundscapes. Their combination of meticulous, cinematicatmospheres, minimal techno arrangements and live instrumentation spawned a string of acclaimed releases for Sentence Records, Get Physical and Dirtybird’s sister label Mothership.

Catz ‘n Dogz’ sophomore album took an entire year to create, but it proved to be more than worth the wait: Escape from Zoo found the guys boldly leaping over the barriers in 2010, wildly roaming the terrain and straying further and further from convention. Escape from Zoo freely explored the intertwined vines of street bass, disco, R&B, deep house, hip-hop, and it blossomed through collaborations with heavy hitters dOP, Claude VonStroke and Jazzanova’s Paul Randolph. Even as the rapturous response to Escape from Zoo launched them headlong into a heavy period of touring, live shows and festivals at hotspots around the globe, the boy endeavoured to further develop the scope of the Catz ‘n Dogz universe.

They launched Pets Recordings with the distinct aim of bringing Poland’s production talent to an international audience, they kicked off the Petcast podcast series, and took their label showcases on the road, establishing residencies at Berlin’s connoisseur clubs Watergate and Farbfernseher, alongside regular appearances in Szczecin and various other Polish cities. Whether you’re charmed by their bass-heavy, colourful and always groove-laden DJ sets, drawn in by their arresting live show, weaving your your way through their illustrious output as producers, or delving into the magical tunes curated from their close network of friends, Grzegorz and Wojciech (or Greg ‘n Voitek) are simply two of the hottest house Catz (‘n Dogz) on the scene today.