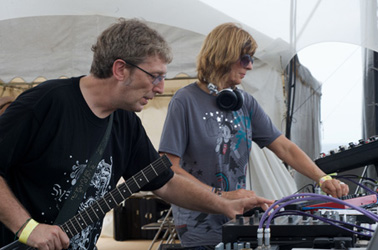 Steve Hillage
“At our most recent shows in Japan -at the Amami Eclipse Festival and at Fuji Rock – several people who have seen System 7 before said our sound was fantastic – louder and clearer than they had heard before.
We think that this is connected to the Oyaide PA-02 cables that we’ve just started to use – they’ve had a great effect on our sound” 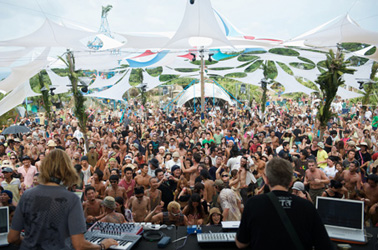 Miquette Giraudy
“I use a pair of Oyaide PA-02 cables to connect my synthesisers to Steve’s DJ mixer in the System 7 live setup.
They look great and they sound like they look – big and strong but with a lot of detail as well”

SYSTEM7 are always using NEO PA-02 cables on their stage. 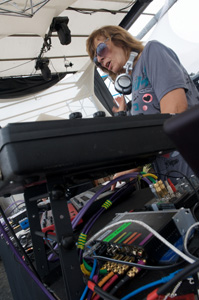 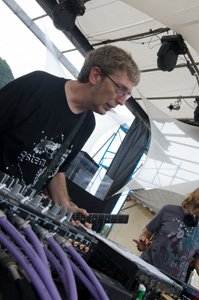 System 7
System 7 is a band based around Steve Hillage and Miquette Giraudy.We released our first System 7 record in August 1990, and since then have released 11 albums and a string of singles with some classic remixes.We are one of the few techno groups to feature the electric guitar (with the sound often heavily processed), and to have a female synthesiser player.We have been part of the development of Techno and Ambient music for many years, and our mission is to continue with that process.
Many of our tracks are made with guest collaborators – DJs and members of other groups.We have developed a live performance approach that is a bit more extreme than our records, with tougher beats and hypnotic live echo loops.
Since 2005 we have also developed our chill out and downtempo sister project Mirror System.

We oppose frontiers and rigid divisions, both within the music scene and in the world at large. We feel part of a musical movement of dance-based rhythms and psychedelic ambience that embraces the whole planet, and through our friends and collaborators we seek a network of highly creative people.