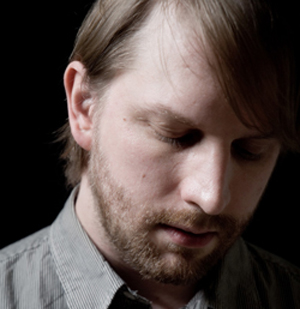 Stewart talk about PA-02 in Tokyo,
“Great quality cable with hand-soldered connections! It’s comforting to trust your cables when you arrive for sound check.”

As Stewart continued making a name for himself in the techno music scene his releases followed on well-known labels – Tresor, Force Inc., and Richie Hawtin’s m-nus imprint. Each new release brought greater acclaim and thus he was able to perform more frequently and in increasingly exotic locales. Hooking up with Sven Väth’s Cocoon booking agency based in Frankfurt guaranteed his ability to play in Europe as often as he wanted.
The differences in music requirements (preferences? Hard vs. Soft, Danceable vs. Listenable) in Europe and the USA pushed Stewart to work more and more on perfecting his live techniques until he felt confident that he could match a DJ in intensity and stamina every night. (Having two styles has resulted in a demand for stylistically different releases. He’s flexible, and able to perform music as prescribed by the situation/vibe of the audience at hand.)

In 2001, Stewart decided to found his own label and christened it “Persona” with the sole intention of bringing personality back into the genre of techno. The label is devoted to releasing recorded works that retain originality and avoid the made-for-DJ copout. Stewart remains committed to defying techno music standards by playing live and pushing him self to interact with his audience, resulting in intimate shows consistently characterized by a fresh/sharp/cutting-edge sound.

In the December of 2003, Stewart packed up his life and left Boston and the USA to move to Berlin and participate in the more vibrant European electronic music community. Since then he has been recording remixes for such labels as Kitty-Yo, Tongut, and Tuning Spork; he’s also been practicing his Sprache during the week, and performing in a European capital every weekend. He has recently finished a downtempo album entitled “Grounded in Existence” scheduled for release in March 2005.