Kuniyuki Takahashi is a sound designer and producer who is based and works in Sapporo, Hokkaido, Japan. 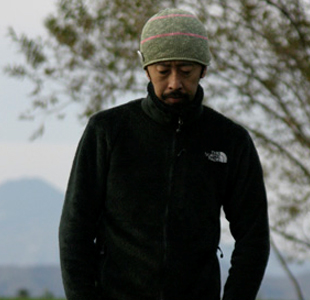 Kuniyuki Takahashi is a sound designer and producer who is based and works in Sapporo, Hokkaido, Japan. In 1994, he started his solo musical career. In 1997, as FRR HIVE, he released a mini album which was released on CD and 12INCH from the BASSMENTAL label. And in 1998, he had been participated in the RAINBOW 2000 outdoor festival in Japan, as a member of HOSONO HARUOMI(YMO) group. In 2000, as Kuni, he released a track which was included on Dego of 4 Hero’s, 2000 BLACK label called “THE GOOD GOOD” compilation. In 2001, as KOSS, he has released his full-length album out of soundofspeed and as Kuni, he released a12inch EP from Lifeline Records. Kuni also remixed ANANDA PROJECT’s track, “Cascades of Colour”, which was included in the Ananda Project Remix Album titled, Re-Release out of King Street Sounds. In 2002, as Kuniyuki, he just released a 12inch EP called “Precious Hall”, out of Natural Resource, a division of Joe Claussell’s Spiritual Life Music label. As KOSS, he released his 1st LIVE album CD through soundofspeed. He is no doubt one of Japan’s best kept secrets. International DJ’s such as Joe Claussell, Dego, DJ Cosmo, Jimpster to name but a few, have been falling over themselves when they heard his produced tracks. Now, some of them have been releasing his works through their own labels. He has also been working closely with the soundofspeed crew over the past few years and releasing hisworks on their own label and performing live with them in their famed parties which are held regularly in Tokyo and sometimes in parties such as the Big Chill and in excursions to Austria and Europe. Check out the ever-consistent and surprisingly prolific producer out of Sapporo, Kuniyuki Takahashi!
https://www.instagram.com/kuniyuki_takahashi_music/ 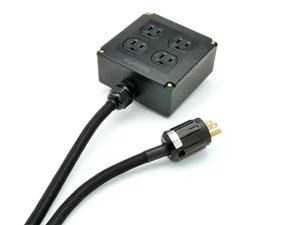 Midrange resolution and high frequencies are clear. The resolution of the low frequencies is somewhat higher. The sound is a little more effective (the better separation requires a completely different listening experience). During production, editing and mastering, it is now possible to listen to the changes in the sound in more detail than before, and to check the acoustics using the separation.

In terms of stereo, the resolution (separation) is better, so it’s more suitable for checking the balance of the sound in production. The sound comes out of the speakers more directly. It’s as if you’re listening one step further forward than you are in position. But of course, I changed the listening position for this purpose, and I felt the phase change more than before because of the relationship with the room acoustic.

As for the Lo component separation, I think it is less than mid hi. (I think that’s because mid and hi are changing so much.) Lo is more stable than the feeling of separation. As for the stability part, I personally tend to need more separation than stability when it comes to listening to dance music in a production environment. However, when you listen to music, I personally think it’s a balance that allows you to feel the music comfortably. It is also very musical.

I think that it is now possible to check the subtle balance and changes of spatial effects (especially reverbs and choruses). This is especially true for effects with a stereo wide feel.

Personally, I think that the resolution and the balance of the sound (especially the hi and mid edge sounds) is much easier to check in production, and the effect in a music listening environment is a big leap forward, as it naturally raises the resolution in listening to music. It’s a big leap forward. Also, when you use this product from the normal state, you can immediately see the change, so I felt that this product can be used by many people.

As with all power supplies and cables, the material and structure of the cable will have a different effect on the sound. It could be said that the effect is the same as that of an effector, but for the power supply, the original music is the reference material, and I am only examining the change from the original sound.

When a song is made in total, it is possible to show that the adjustment of that area surely chooses the type with the cable. Even so, when I compare the change day after day, the inside of my head has become a little psychedelic (laugh).
In a way it’s a bit like when I was surprised by the sound of percussion and handclaps coming out of the Klipschuhorn at the LOFT party. It’s quite a nice symptom because I like doing it.

I used it to record the main part of the tone in the recording, for vocals, for rhythmic recordings, for bass lines and other tones, and I found it particularly good for synths where the dynamics are not stable.

It has a clear impression and I feel that it is good to use it in recordings with strings, bells and airy sounds (recorded in mic with an off feel). It’s also a good listening cable because it has no peculiarities. It is a bit quiet, but if you use it in an audio system that is rather power oriented, it will soften the sound. 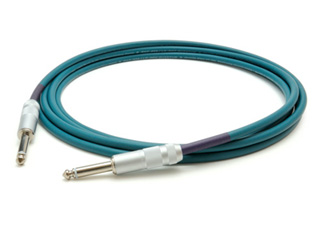 When I use it for HI sound, it gives me a sense of speed, which is a strange thing to say, but it gives me an impression similar to that of the LOFT set, where the tweeter uses a horn instead of a Klipschuh horn cone. The above two cables can be used for different purposes, but this cable has a place in the audio environment.