【I don’t need to bring any special amps or equipment, just the right cables and you’ll have the peace of mind that you’re getting pure quality sound.】 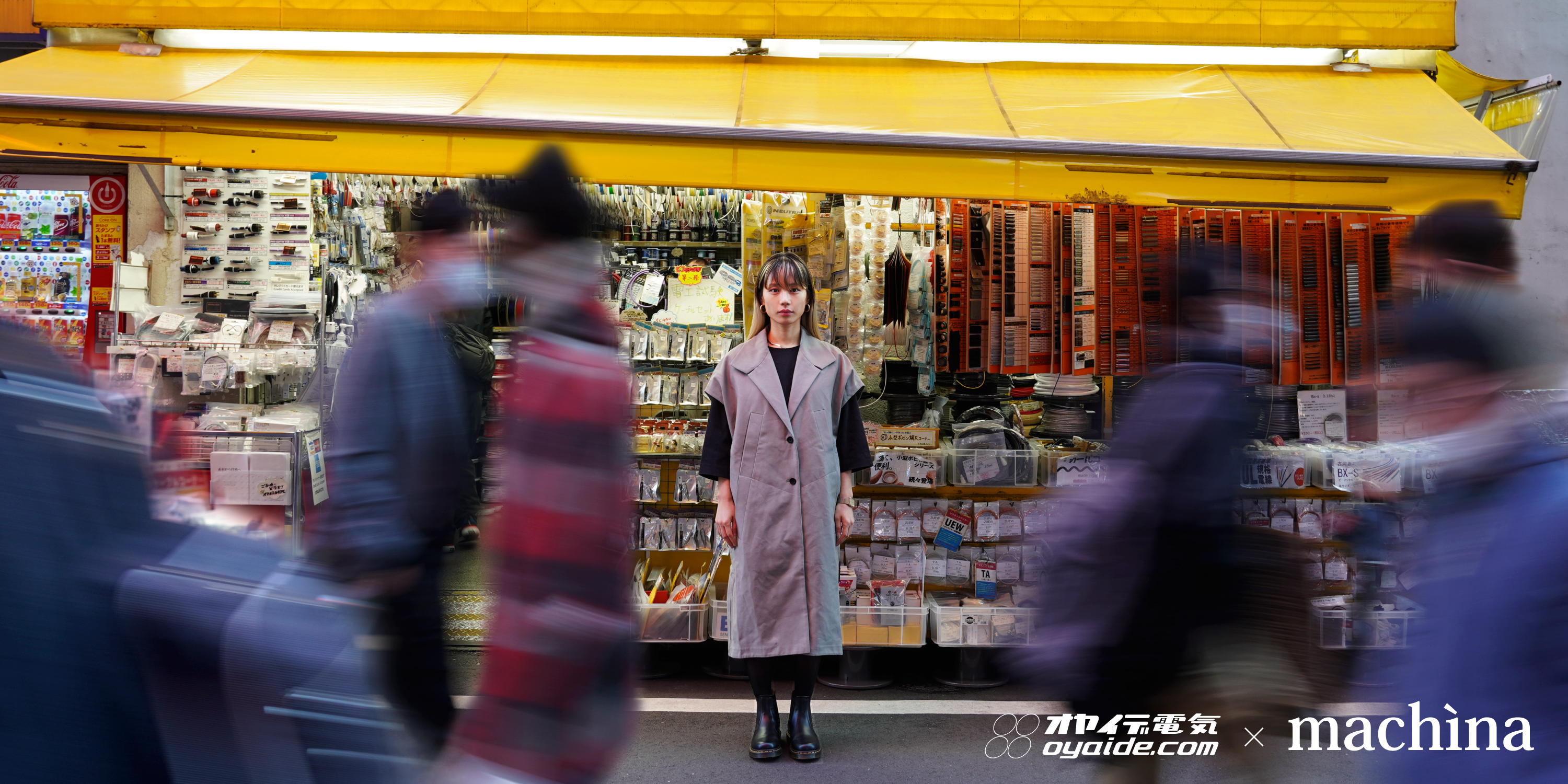 machìna is an electronic musician from South Korea who has been active in the K-pop scene for quite a while now. In November 2021, she released her third album, “Compass Point“.
Oyaide recently had the pleasure of interviewing 『machìna』, who had recently launched a successful release party at WOMB in Tokyo, Japan.

【I may have spent more time looking at the manual for the instrument than looking for and listening to electronic music artists.】 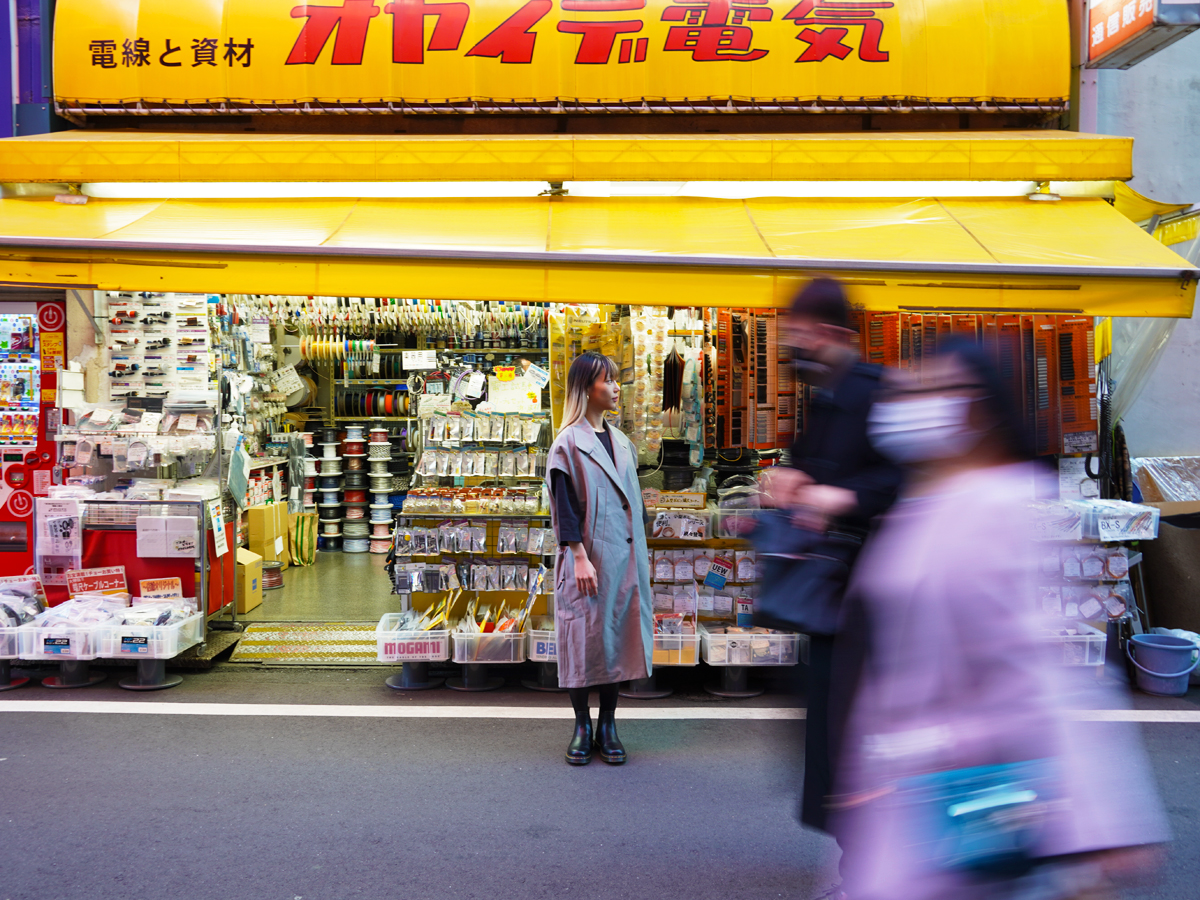 Oyaide (OY) : Thank you for joining us today.
machìna : I’m machìna. I make electronic music.
Nice to meet you.

OY : How did you get into music and when did you start?
machìna : I’ve always loved music since I was 7 years old, and I knew that I would always be doing music no matter what path I took.I’ve always been honest with myself.

OY : I saw the Red Bull Music documentary and learned that you were a Jazz student at a music school and that you struggled in the K-POP scene. After that, why did you choose to continue your music career in the current style of electronic music?
I’m sure there were many other options available to you, such as bands, singers, and other forms of expression and genres. 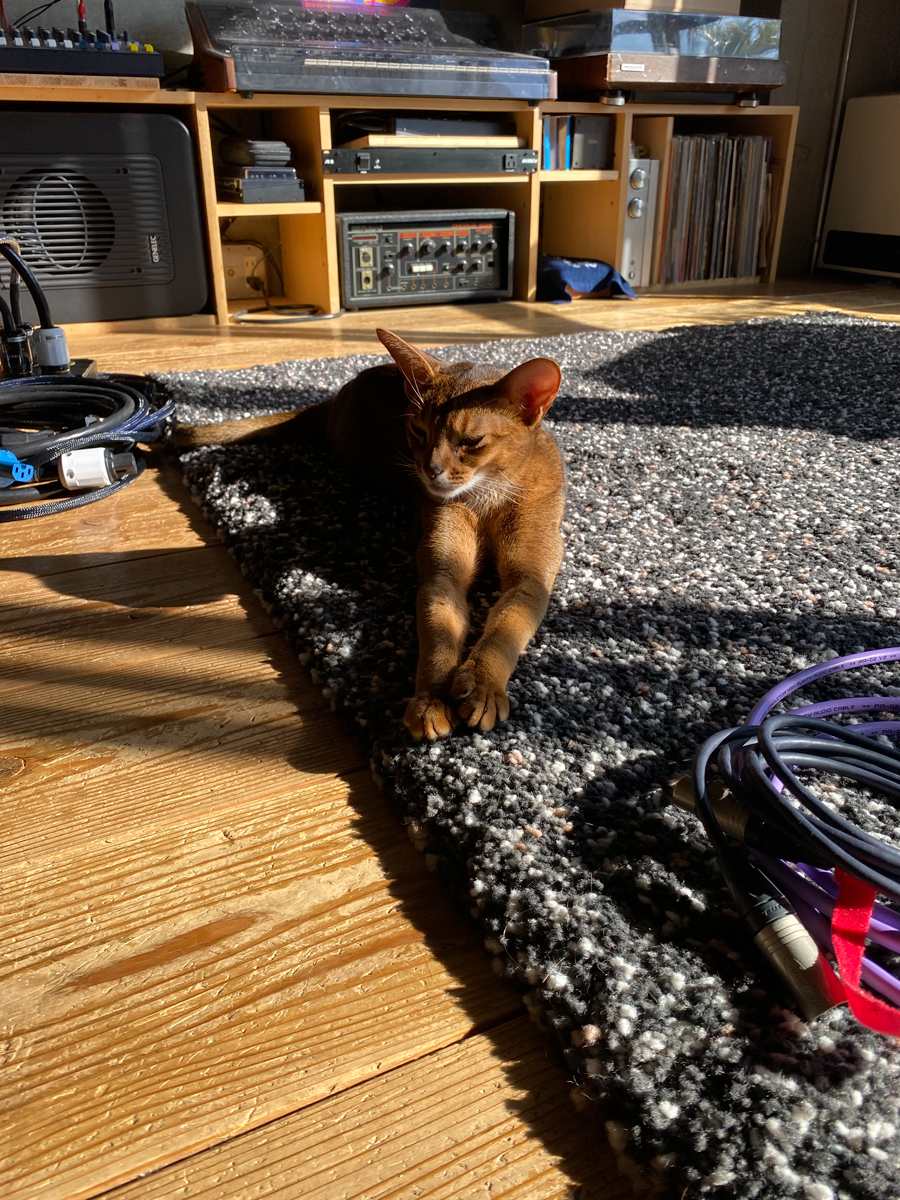 machìna : As I mentioned earlier, my roots are rooted in my strong desire to do music. I also have a strong passion and love for music itself. As you said, there are many ways to express yourself, but for me, the most important thing is to keep playing music, and to put it extremely simply, I was never that particular about genres or methods.
That’s why I studied Jazz in college, but then I chose K-Pop. At that time, I decided that it was the best way to continue doing music in South Korea. My interest in electronic music was greatly influenced by my visit to Japan. I first encountered several types of analog synthesizers when I visited a music store in Japan. After actually seeing, touching, and listening to their sounds, I fell in love with the appeal of analog synthesizers.
From that encounter, I think I developed a desire to express myself using these instruments, and the form of my music took on its current form.

OY : I see, that’s very interesting – I think such a pattern is surprisingly rare. I don’t know if it’s normal to say that, but I think most of the time it’s based on the kind of electronic music artists and genres that you like, and then you get the urge to try that kind of music yourself, and that’s how you start your music.
machìna : That’s true, I guess. In the beginning, I probably spent more time looking at the manuals for the instruments than looking for and listening to electronic music artists.

OY : But after you got interested in analog synths yourself, did you start listening to more electronic music artists? How did you get into modular music?
machìna : In order to create sounds for electronic music, I eventually ended up with modular synths, When I first discovered the Eurorack, I was first impressed by the beauty of its appearance, and then I was more enthusiastic than ever about the beast-like sounds that came out of it.
Modular is a way to build your own original synthesizer from scratch by assembling various units.
It’s also a challenging task that requires a lot of budget, so once I made the decision to build a modular, I had to first figure out what would work best for me and what kind of sounds I wanted to create with it, and then I had to sleep on the strategy to guide me through the process.
In order to study this, there was a period of time when I initially frequented various places such as small modular events and music stores in Tokyo.
First of all, I had my own concept of a good sound, and then I seriously thought about what kind of music I wanted to do with that sound. 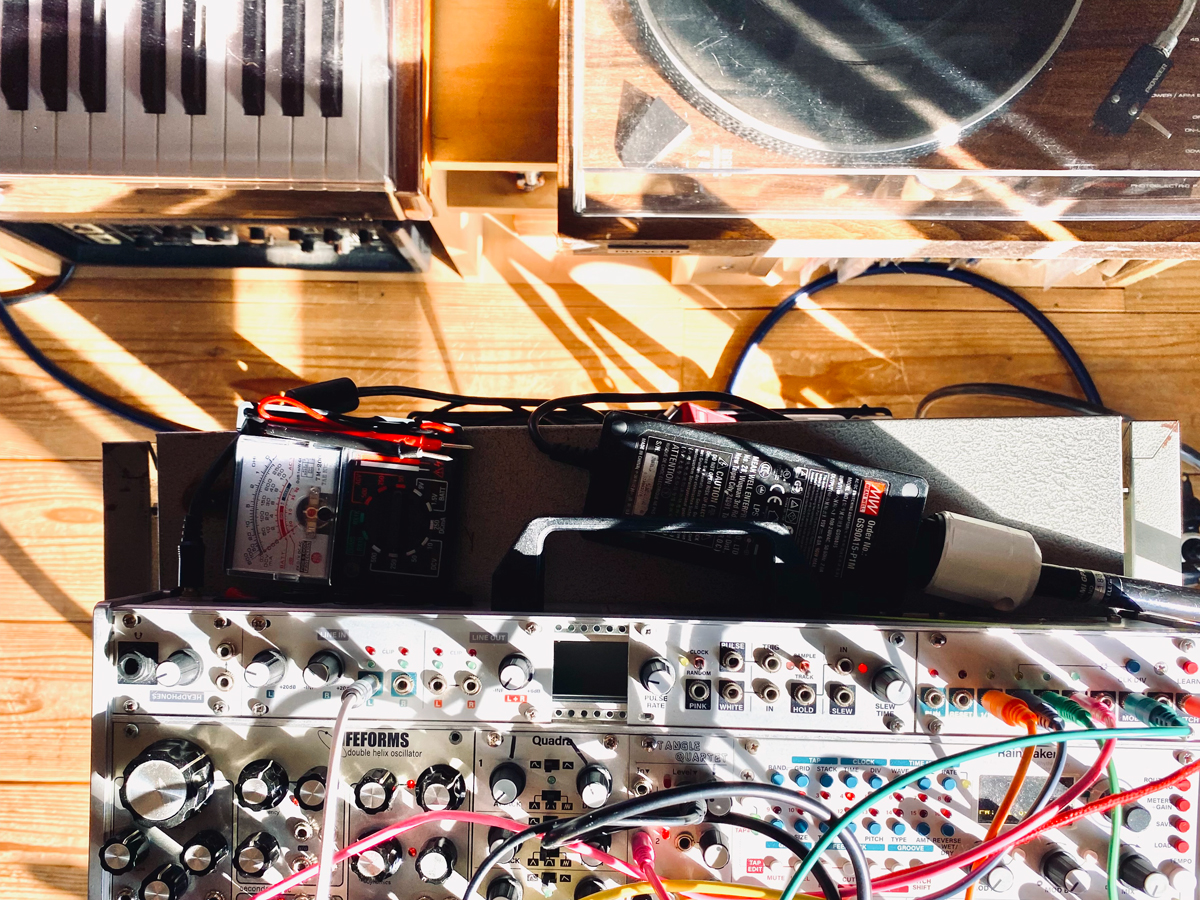 OY : You’ve been going to a lot of events to find the right modular for you.
machìna : I’ve been to a lot of events and seen a lot of modular artists perform.
One of the advantages of this instrument is that even if the unit has the same function, the directions it can take can be countless depending on how you use it, so the more you learn, the more you discover new things and things you didn’t know.
That’s why I’ve been exposed to modular culture in many different countries, not only at the Tokyo Festival of Modular, but also at SUPERBOOTH held every year in Berlin and in New York, where there is an interesting community.

OY : When you were attending these events, did you encounter any artists that you thought would be great or that you would like to play this kind of music?
machìna : Of course, there are a lot of great artists and music out there, but at that time, the most important thing was to have a clear idea of what I wanted to do, and I always kept that in mind. As I pursued my own originality, I realized that my own voice was the most original oscillator.
I was a Jazz Vocalist in college, and later I sang in K-Pop for a long time, so I also wanted to keep that in mind. So the first modular I put together started with the idea of modulating that through my voice.

OY : Modular synths had a vintage and very niche image among analog synths, and recently in the last four or five years in Japan, people are starting to pay attention to modulars again.
I think galcid’s and machìna’s activities and influence have been significant. 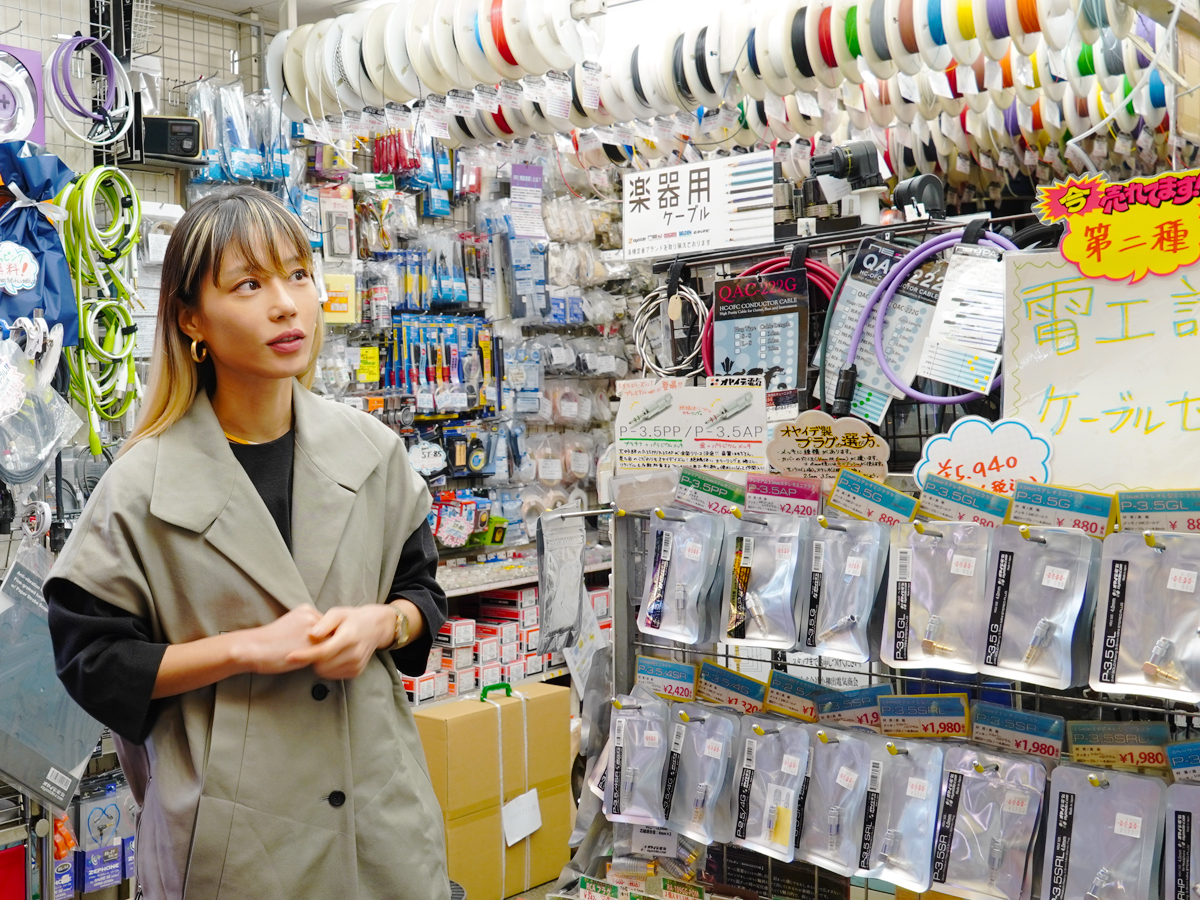 machìna : If that’s the case, then I’m very happy.
There was a time when this happened to me. After a live performance, a young and pretty girl talked to me and said, “I saw you playing modular, and I also bought a moshi. I bought a modular!” She said, “I saw you doing modular, so I bought a modular too!” When I heard that, I felt a little responsible.
But it’s always great to hear from young people like that, and to get a response like that. In my case, I often use modules in a musical approach, so I think more and more people are becoming aware of the appeal of modular music and are interested in it.