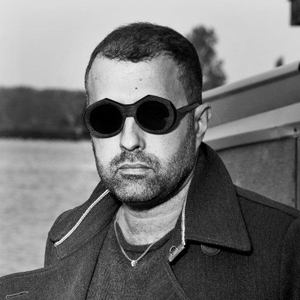 ” The power cable (Black Mamba) is sublime, I am also pleased to say the Pro Tools cables works with the Apogee and the sound difference is truly astounding, smoother, better separation and timing….it is almost like going from 48khz to 96, I am so very happy with this.”

He is one of the most respected (and idiosyncratic) Techno DJ’s and producers.
Dave Clarke began his music career as a Hip-Hop DJ in the mid 80’s, shifting to Acid House and later to Rave near the end of the decade. He began recording for Stress Records (as Pig City) in the early 90’s and also appeared on R & S Records, XL Recordings and his own Magnetic North. By the mid 90’s he had gradually shifted away from Rave to a brand of straightahead Techno with the ferocity of Hardcore yet the sublime feelings of classic Detroit Techno. A series of three 12’s named Red 1/2/3 gained fame during 1993-96 (the last entering the Top 40 in the U.K.), as did his ferocious DJ sets.
He’s also known as a radio presenter, at the end of the year 2000 he hosted his own radio show Technology on Studio Brussels in Belgium where he promoted new Techno and Electro artists (for example Terence Fixmer). But due to recording and touring commitments the show was canceled.
In September 2006 he launched a new radio show White Noise, originally broadcast on 3FM in the Netherlands, his show gained success and is now played in the Netherlands (3FM), Belgium (Studio Brussels), Ireland (2FM) and Turkey (FG Istanbul).
Also thanks to the success of White Noise he launched a new label White Noise (4) too, where he releases music that he played on his radio show that has not been released on other labels, mostly by lesser known producers.